HomeExhibitionsExhibition in Guangzhou | Salon, Salon: Contemporary Art Practices from 1972 to 1982 in Profile – A Beijing Perspective

Exhibition in Guangzhou | Salon, Salon:
Contemporary Art Practices
from 1972 to 1982 in Profile – A Beijing Perspective

Special thanks to Dai Pu for his support in exhibition design

Salon, Salon: Contemporary Art Practices from 1972 to 1982 in Profile – A Beijing Perspective is the third exhibition of the research project From the Issue of Art to the Issue of Position: The Legacy of Socialist Realism in Chinese Contemporary Art. Initiated by artist Liu Ding and art critic Carol Yinghua Lu, this ongoing project seeks to differentiate, analyze, and reflect on historical narratives and ideological construct of “contemporary art” in China through exhibitions and writings. Taking Socialist Realism as a historical narrative, this project re-examines and re-evaluates how it affects and shapes our cultural value orientations as a guiding principle of socio-cultural organization, and how it continues to exist as a basis in artistic practices and criticism today.

Salon, Salon focuses on a ten-year period from the year of 1972 after Lin Biao’s botched coup against Mao and airplane crash in 1971 to the year of 1982, marked by The Summary of the Fifth National Trial Conference on the “Two Cases” approved and issued by the Central Government, as a chosen time period for research and a space for historical imagination. We consider this decade not only as a critical transition in China’s political history, but also as a relatively cohesive artistic period. By studying the detailed features and multi-layered art practices within this period, we reconsider the mentality of artists in a period of dramatic political changes and the issue of judgments in existing historical narratives of art.

In this exhibition, we zoom in on artistic phenomena in Beijing, to observe the creative works and practices of the older, middle-aged, and young generations of artists active then. From these, we select the practices of several art groups and a small number of individual artists emerging in the late 1970s for study and display. These art groups include the Beijing Oil Painting Research Society (as well as the New Spring Art Exhibition), the No Name Group, the Stars Art Group, the Friday Salon, and the April Photo Society. The artists and individuals who took part in these groups include artists trained prior to the founding of PRC (1949), and artists trained after 1949 and prior to the Cultural Revolution, as well as amateur painters who emerged around the time of the Cultural Revolution, along with young artists and artistic youths who graduated and began their practices in the later period of the Cultural Revolution and after its conclusion. The exhibition displays a number of pieces created by relevant artists in the period of 1972–1982, and also uses archival materials to examine the historical context of these pieces and their artistic practices. Thus we look at how the artists underwent “internal exile” amidst a harsh political environment, exploring, defining, swinging or adjusting their individual standpoints in the tense relationship between art and politics during the period from the middle and later stages of the Cultural Revolution to just before China’s Reforms and Opening-Up. Here, we will discuss in particular the contradictions, conflicts, entanglements, reconciliation, and deviation between mainstream ideology and the modernist experiences left behind by the Republican era of China, within the framework of New China.

It is of practical significance in examining Chinese contemporary art and practice to trace the contemporarization of art in China to the years before and after 1949, juxtaposing such a historical course of art with the modernization of China, as well as taking a holistic perspective to study it. Artistic practices from 1949 to the present have formed an extremely complex structure, replete with internal contradictions. Persisting in the simplistic description of the inception of Chinese contemporary art and artistic traditions since the founding of the state as fractured, and as the art of a transitional period relative to art from prior to the end of the Cultural Revolution, is obviously inadequate in interpreting the many movements and tendencies of the past thirty years. Although the binary narrative models of politics/art,orthodoxy/heterodoxy,suppression/obedience,independence/dependence and so on have a certain historical rationality under specific circumstances, they are far from adequate in describing the multifaceted, complex, and fluid state of historical realities. Such structures of binary opposition form a kind of basic description and awareness which are inert extensions of a type of revolutionary narrative plot, artificially excluding various factors that have long rubbed along together in time and space. However, such historical narratives treating the avant-garde as the basis for the legitimacy of contemporary art and as the motivating idea in the work of art practitioners have long since revealed their limitations and narrow-mindedness.

In this study, we examine various actions by art officials rehabilitated after the Cultural Revolution and professionally trained artists to promote the reorientation of art within the system, as well as the reverberations and echoes of these actions within society. At the same time, we display the bottom-up, autonomous practices of art practitioners from outside the system, allowing art to become the common point of origin of two forces from within and outside the system. We attempt to take an integrated perspective to observe the basic patterns, motivating impulses, and process of evolution of art. We emphasize and incorporate chance and heterogeneous factors to reflect on the multiple trajectories of interaction between art and politics within the larger framework of national transformation.

In this exhibition, we draw on details and materials, examining specific cases to recontextualize abstracted experiences in contemporary art,amplifying the sense of historical presence and displaying scenes that have been generalized, omitted, and obscured, including concrete thoughts,emotions, ambiance, and other factors. In unearthing what has been lost from general historical narratives, along with heterogeneous elementswhich have been ignored and obscured after being denied legitimacy, the objective is not to construct an adversarial or oppositional history (in opposition to something else); in most situations, we are merely presenting nuances and complexities, thus challenging the structural orientationof mainstream narratives and experience, in an attempt to discover hidden crevices in existing narratives and to serve as new starting points for reflection.

It has been three and a half years since this exhibition was held at the Beijing Inside-Out Art Museum in January 2017. Thanks to the invitation from Director Wang Huangsheng and Deputy Director Hu Bin, we are able to present and share our research with colleagues, scholars, art students and audiences in south China at the Art Museum of Guangzhou Academy of Fine Arts (GAFA Art Museum). For this purpose, not only have we customized and adjust the original exhibition contents according to the space at the GAFA Art Museum, but, with the help of colleagues at the GAFA Art Museum, we have also added a small group of works by Guangdong-based artists as well as archival materials, all created in the same period. In doing so, we are able to get a glimpse of how the nationwide artistic movement in this period where Beijing was one of the epicenters, spread across different regions. Although we have made it clear at the first exhibition in Beijing that we consider art of New China since 1949 as part of the formation of contemporary art in China, as this exhibition travels to Guangzhou and provides an opportunity for further reflection, we change the wording of the original title of the exhibition from “modern art”(in Chinese and fine art in English) to “contemporary art,” so that we can express our historical views more clearly, opening them for discussion and criticism. 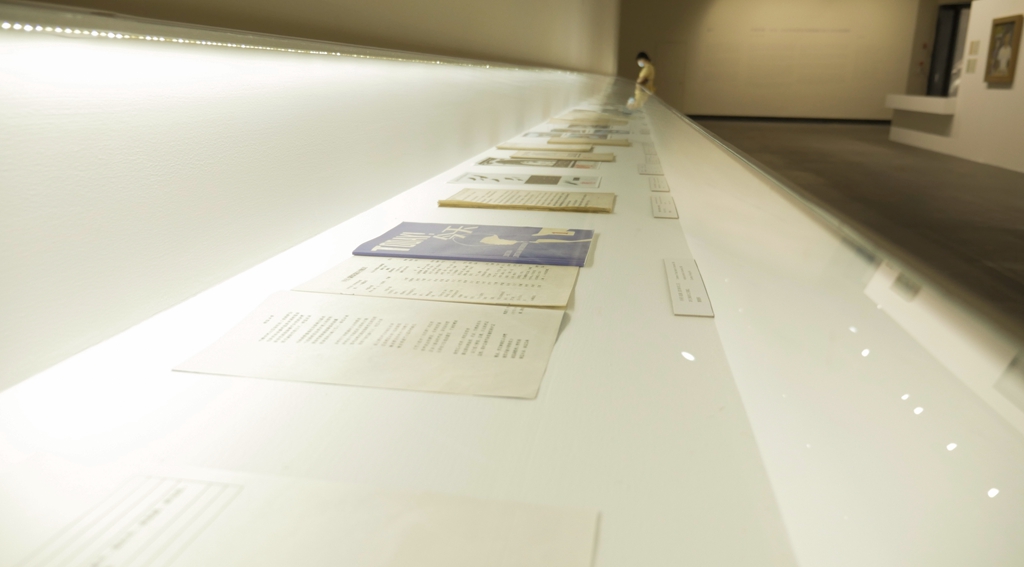 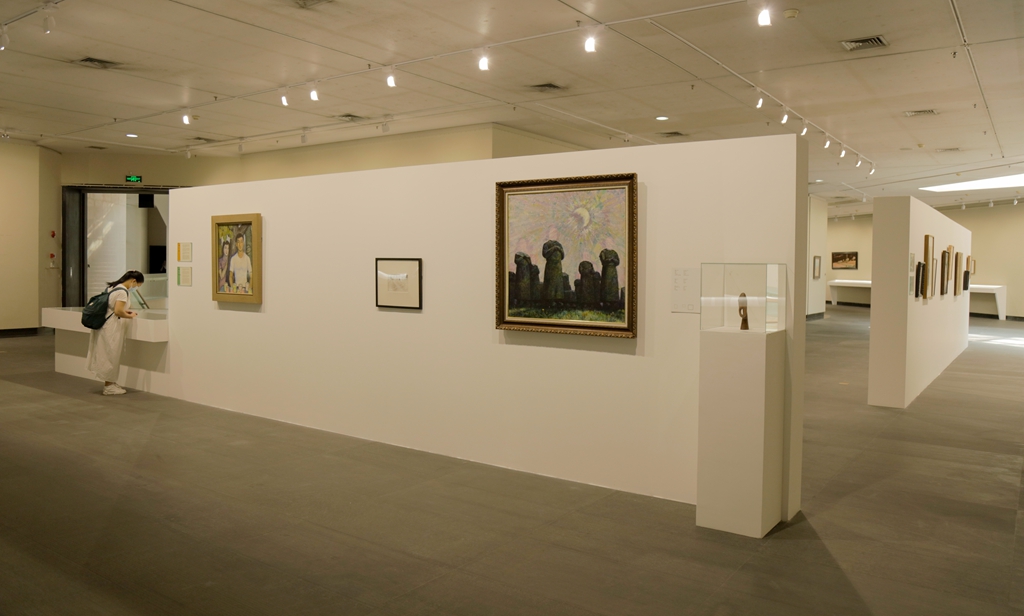 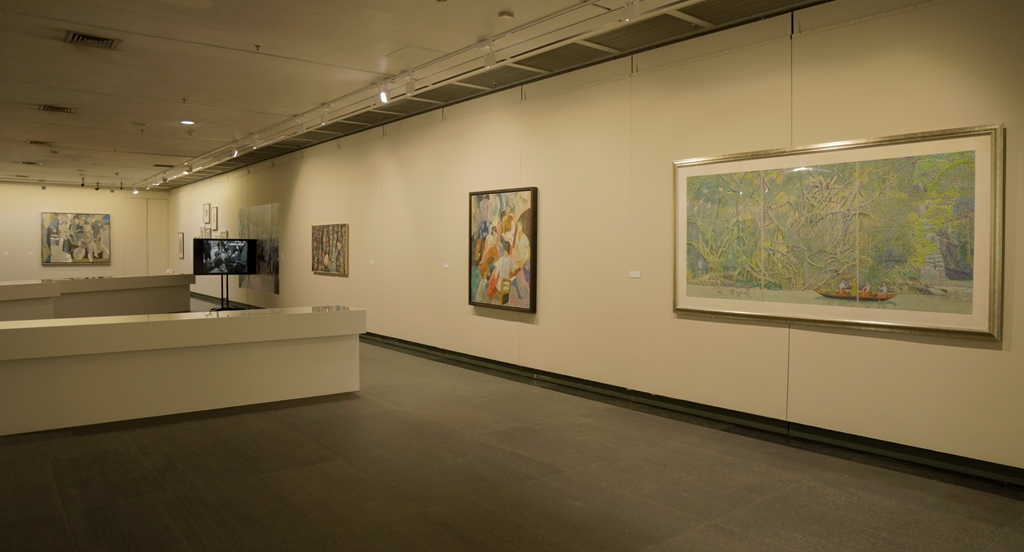 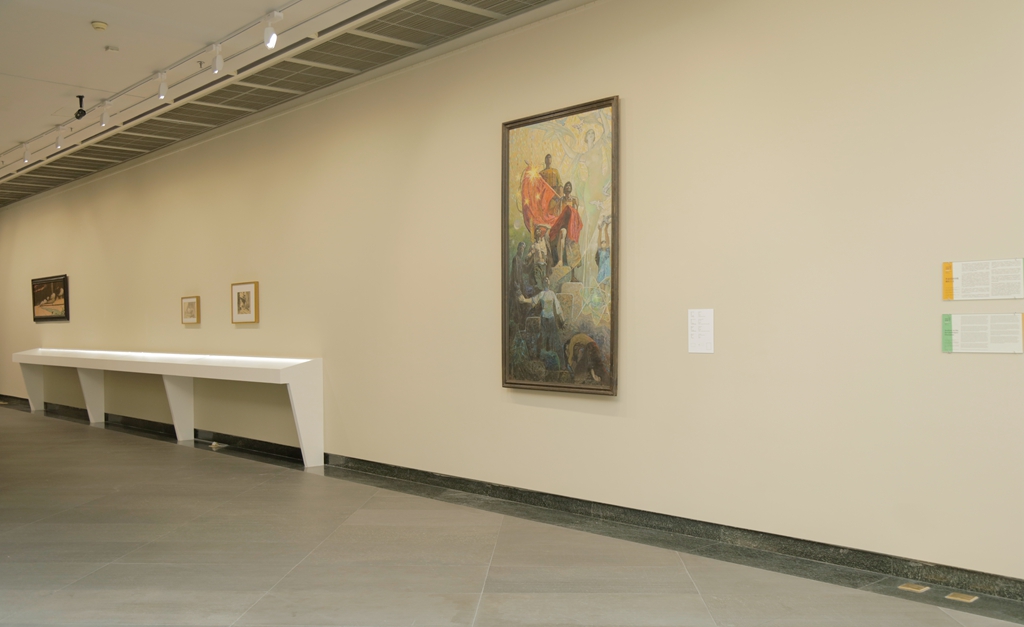 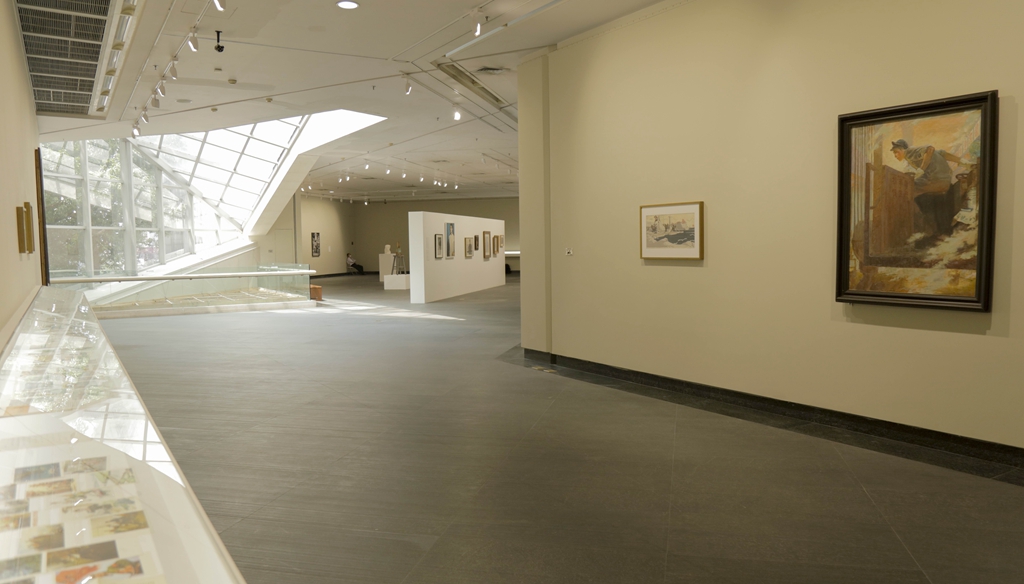 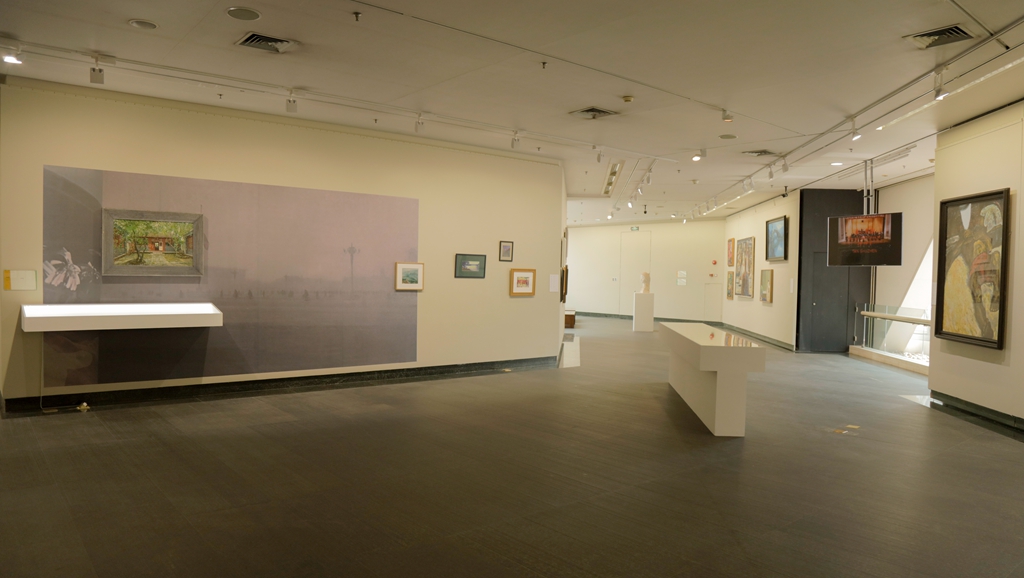 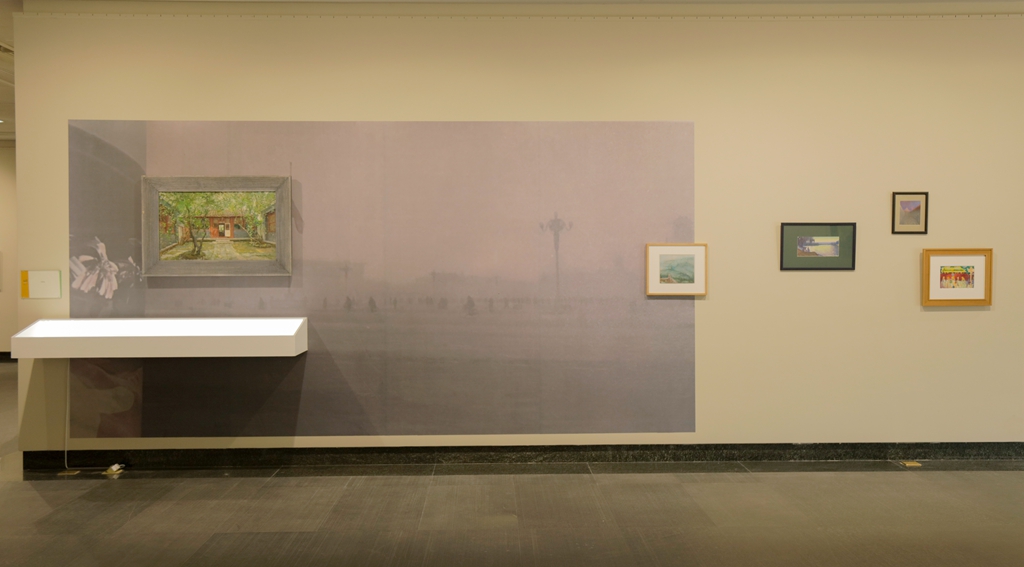 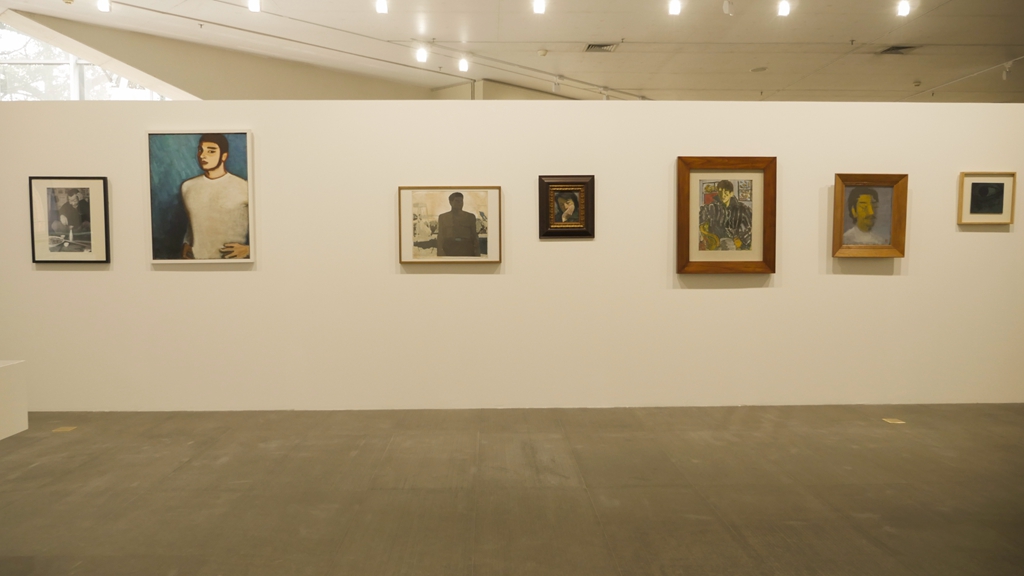 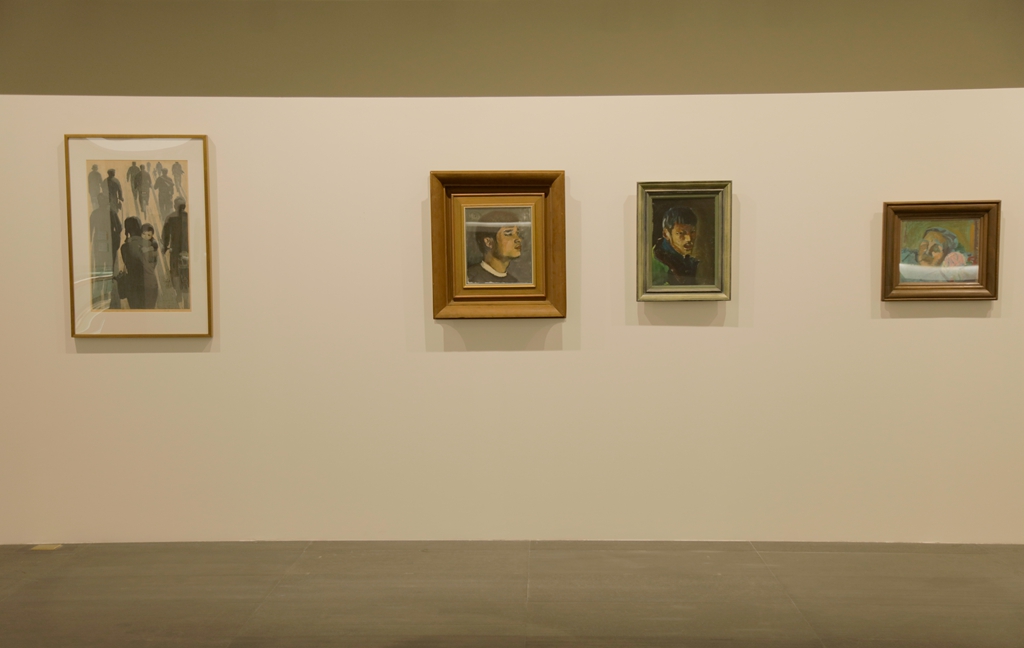 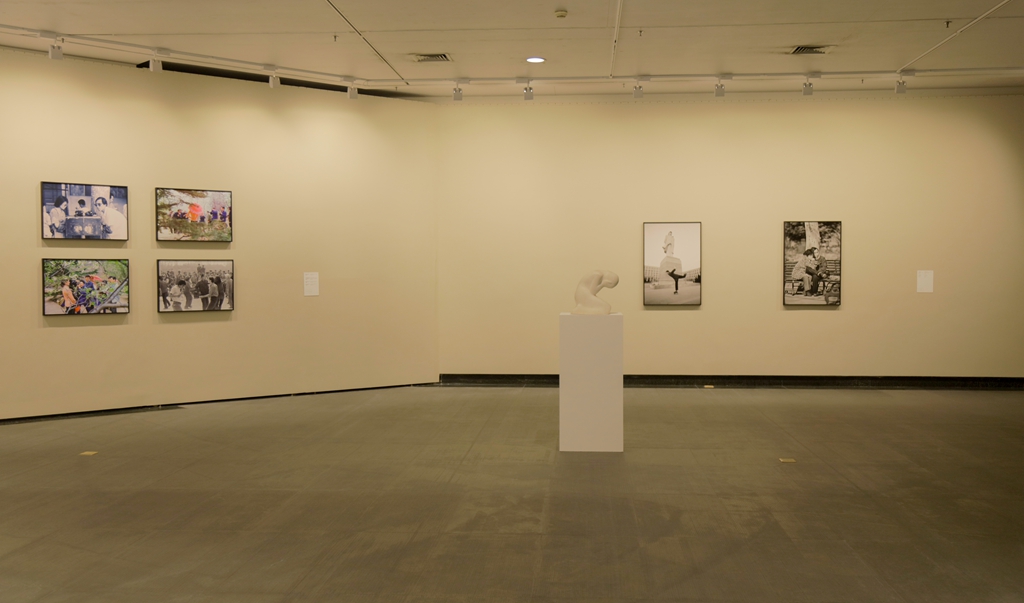 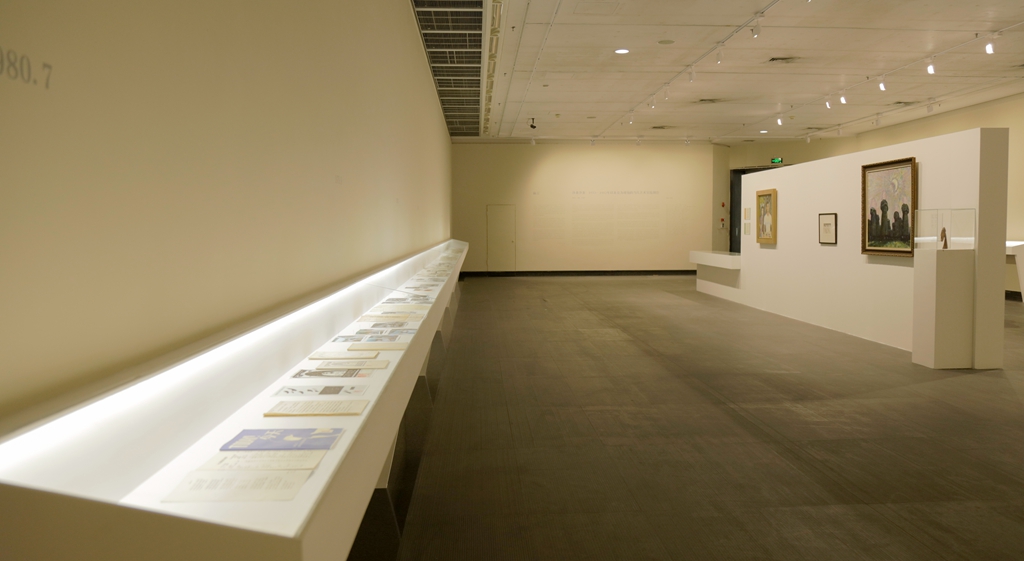