Channel of Thought丨Waves and Echoes: Postmodernism and the Global 1980s

Waves and Echoes: Postmodernism and the Global 1980s is an extension of the exhibition Waves and Echoes: A Process of Re-contemporarization in Chinese Art Circa 1987 Revisited (hereafter referred to as 1987 Revisited), held at the Inside-Out Art Museum.1987 Revisitedproblematizes the year 1987 and re-examines the turns in artistic practices and worldviews in Chinese contemporary art during the mid and late 1980s. One central section of the exhibition focuses on a series of “anti-art,” “anti-cultural” or Dadaist artworks and projects, which took place in different Chinese cities between 1986 and 1987.1987 Revisited also reveals that during the mid and late 1980s some artists drastically changed from one artistic style to another within a short span of time.

Since the 1960s, beginning with Europe and North America, capitalism entered the late stage, characterized by multinational capitalism. From the late 1970s to the 1980s, as capital expanded globally and aggravated its infiltration, the cultural logic, intellectual style, and discourse of postmodernism also spread at an increasing speed. The transition from modernism to postmodernism did not amount to the fundamental change of the hegemonic structure in the material world or the end of modernism. Rather, the transition merely provided an opportunity and a conceptual framework to re-evaluate the process of modernization and its philosophical presumptions. Seen through the postmodernist lens, the boundaries and divides among all categories were dissolving and diminishing. It became possible to revisit and set aside the sequence and narratives that gave meaning to things and events.

In 1983 and 1984, German art historian Hans Belting and American philosopher Arthur Danto published essays on the end of the history of art respectively. They claimed that hundreds of art movements disappeared in the first half of the 20th century. The history of art was no longer driven by some internal inevitability. There was not one singular type of art that was historically endorsed, nor was there one proper way of making art. The art world was undergoing a profound change. Artists broke away from linear historical consciousness and gained freedom. “They freed themselves from both a model and an incompatible history, and they abandoned such old genres and media whose rules constantly demanded progress to keep the game going.”[1] The era of art history and that of museum had both ended. In so far as art, artistic style was no longer characterized by unity. All kinds of styles and visual vocabularies were valid. Artists dug deep into the past, folk cultures, and contemporary times, searching for visual indices without having to ask the meanings of imageries according to their historical sequences and contexts. They raised original philosophical questions through devices of ready-mades and by appropriating existing styles and images. They even deployed appropriation in order to insinuate that originality no longer mattered.

The Intellectual Emancipation (sixiang jiefang) and Reform and Opening-up (gaige kaifang) campaigns that began in 1978 ushered China into an indeterminate historical moment with diluted ideologies. As a result, public imagination of possibilities was fully opened up. As the international discourse on postmodernism landed in China with full force, the Chinese art scene was drawn to the supposedly complete history of art dominated by the Western modernist narrative on one hand, and acquired a self-liberating horizon on the other. In fact, prior to the 1980s, art and literary styles in China had broken free from the framework of classic modernist forms at various historical points, as Arthur Danto wrote, “in the 1960s and 1970s, China experienced its own history. But it did not experience the history from which the art world has evolved into its present state. And that doesn’t matter, because as its artists gained more and more freedom, it found itself already part of the international art scene.”[2]

The exhibition Waves and Echoes: Postmodernism and the Global 1980s takes the discourse of postmodernism as a significant force of global connection in the 1980s and highlights this historical moment during which the international art world formed an enormous community. Postmodernity argues that the world is full of contingencies; it is pluralistic and unstable. According to postmodernism, the world is made up of many disconnected cultural and hermeneutic systems. Having dispelled the myth of a single sequence in art history, however isolated from the world, the existence of meaning defines art, and meaning does not require any special language. Meaning can transcend languages that separate us from each other in other aspects. It is meaning that makes it possible for us to be part of the same world. At least such was the possibility suggested by the artistic landscape of the 1980s.

After the progressive view of art disappeared from the horizon in the art world, art entered a “post-historical” era. In terms of practices, art was given many choices, none of which was granted historical primacy. Painting was no longer at the core, nor would anything else be. It was merely one of the many media and practices, rubbing shoulders with installation, performance, video, computer art, mixed media, land art, body art, etc. No single medium could act as the main embodiment of historical development.

The modernist faith in diachrony was unsettled by the postmodernist synchrony. The latter also shattered the imagination of the world with one single center. The inclusive spirit of postmodernism brought forth ideas contrary to the modernist creeds: questioning of progress, an anti-elitist tendency, disbelief in any single theoretical framework, grand narratives or the ultimate interpretation. Postmodernism believes that cultural forms are not homogenous. They cannot be easily defined or controlled. They are mixed and uneven, heterogeneous and capable of absorbing what differs in content and nature. Postmodernism forgoes the obsession with meaning in favor of experimentation itself. The meaning of postmodernist art lies in simulating the generation of meaning and protects it from its possible termination. Postmodernism stubbornly introduces noise into every channel of communication. It amplifies freedom, awakens imagination and persistently generates possibilities. Postmodernist art thus becomes a critical and liberating force that frees artists from the autarchy of increasingly self-closed and rigid consensus. It liberates culture from the shackle of metaphysics and its ideological extensions.

While what concerns us here is the symptoms of the postmodernist discourse in the cultural sphere, it cannot be overlooked that its socio-economic basis has been the multi-polarization and trans-nationalization of capital, information and market, as well as the profound shifts in lifestyle, consumption, and social structure.Such a survey of the multi-regional concurrent occurrences does not suggest that we think they are “all the same” or they “look all the same.” Art in the postmodernist discourse does not imply a universal mode of practice that exists globally and simultaneously, nor does it propose finding corresponding counterparts in different contexts. What we present here is the formation of a potentially liberating space for discourse and intellectual context. It requires us to actively engage with and dive into every specific cultural-political context. To situate art events and thinking in their specific settings, it is necessary to gain a deep understanding of such settings. A true comparative research of art practices and thinking emerges thereof, instead of isolating them from their concrete settings and projecting them into the realm of the “absolute.” To do so, we need to take an intricate and precise method of approaching and articulating the objects of our study. The context-specific values and meanings of the objects must be taken into account.

To borrow from sociologist Zygmunt Bauman’s metaphor, we survey the globe with a tourist’s perspective in search of energies scattered around the globe in the 1980s. The exhibition presents experimental practices from the 1980s by artists from China, Korea, Japan, the Philippines, the United States, Germany, Switzerland, Poland, the Netherlands, Ukraine, Russia, Czech, Croatia, Chile, among others. These experimental practices break through the hegemonic system of interpretation deployed by the discipline of art history. Beneath the apparent lack of a unified vision for art are explosive possibilities that can happen everywhere and anywhere. 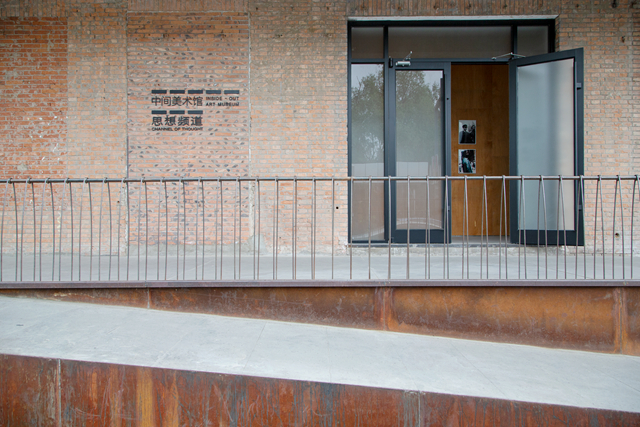 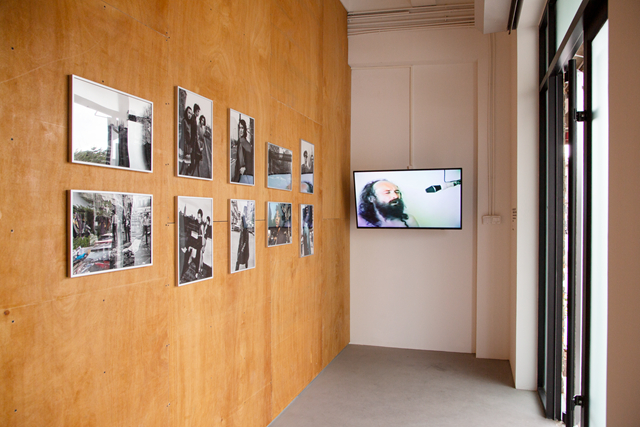 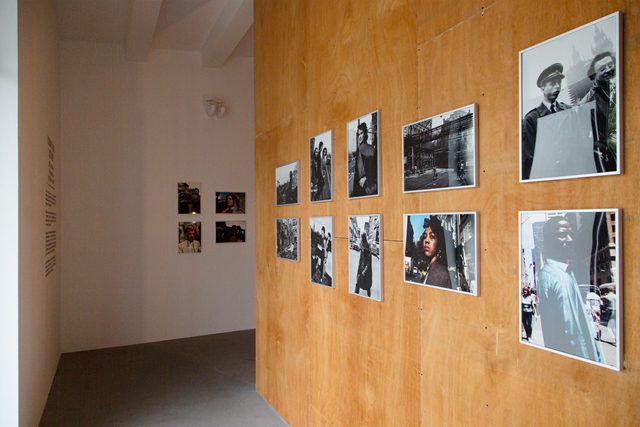 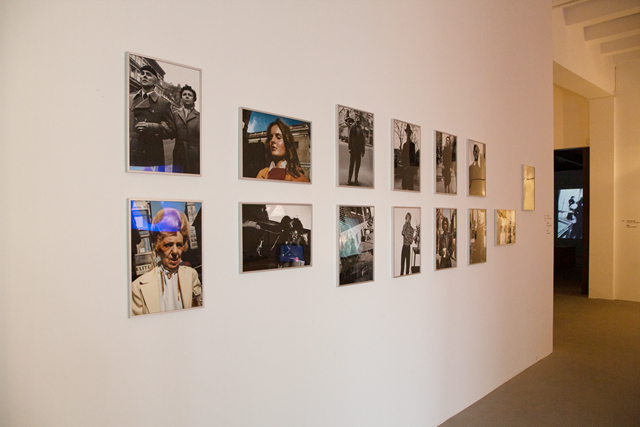 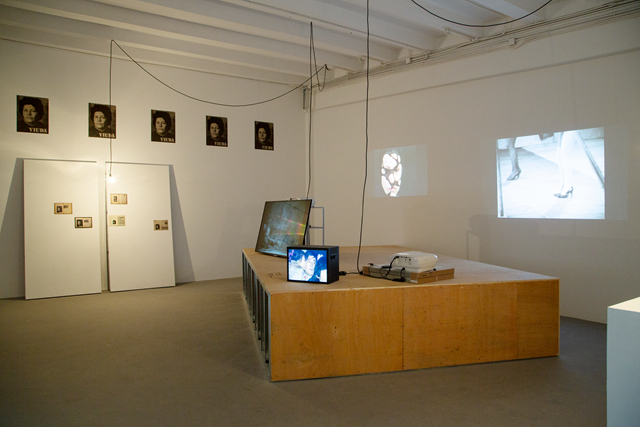 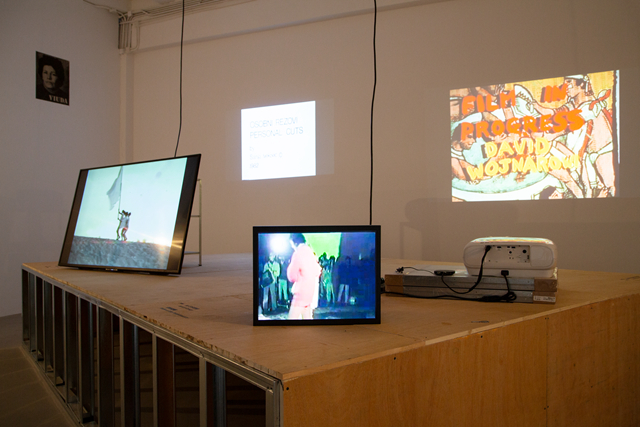 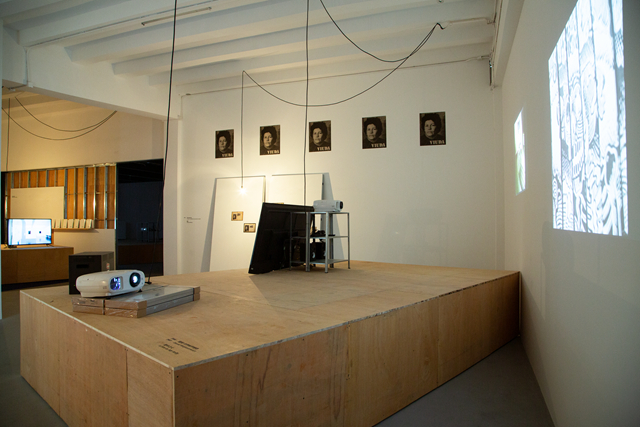 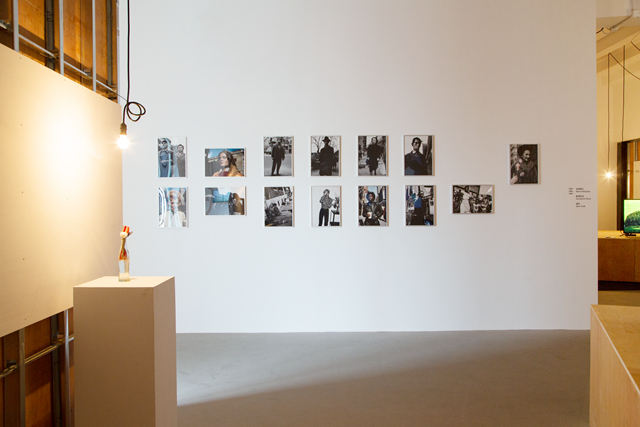 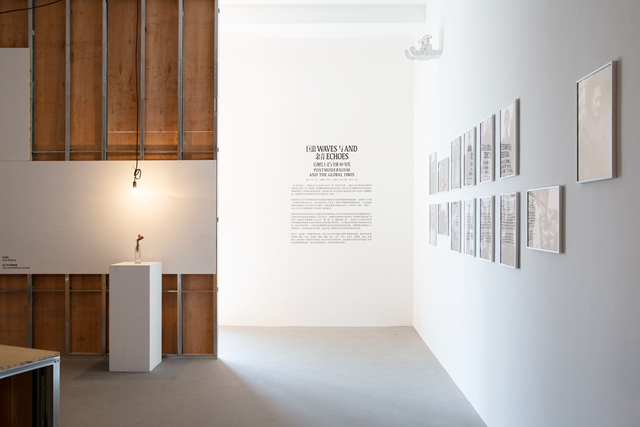 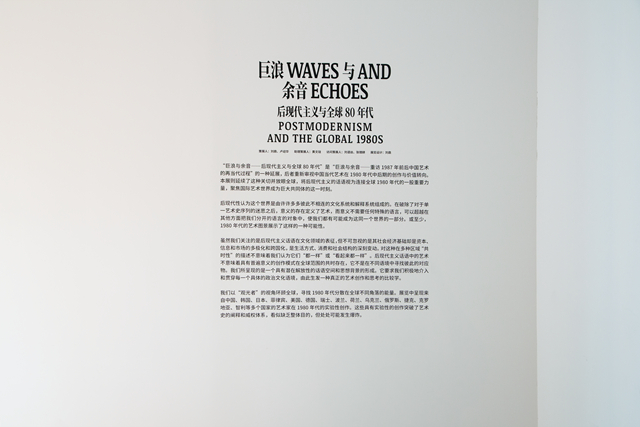 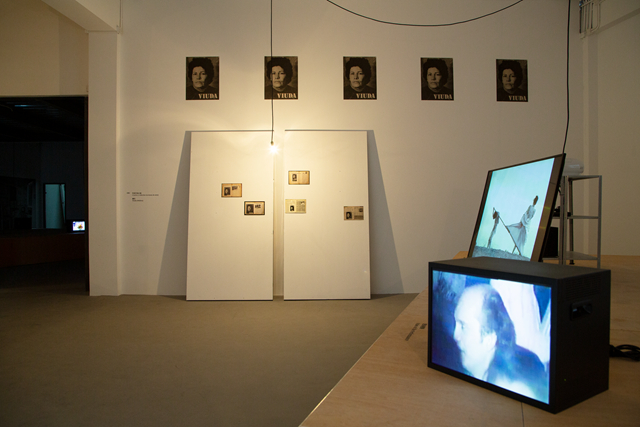 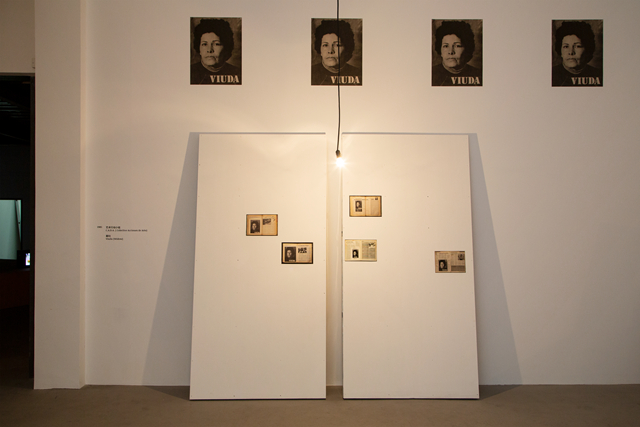 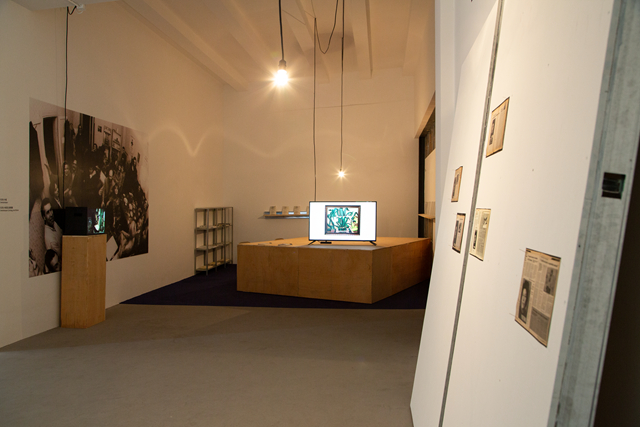 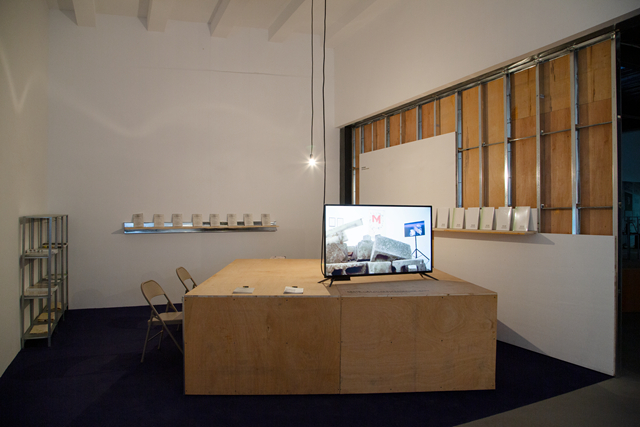 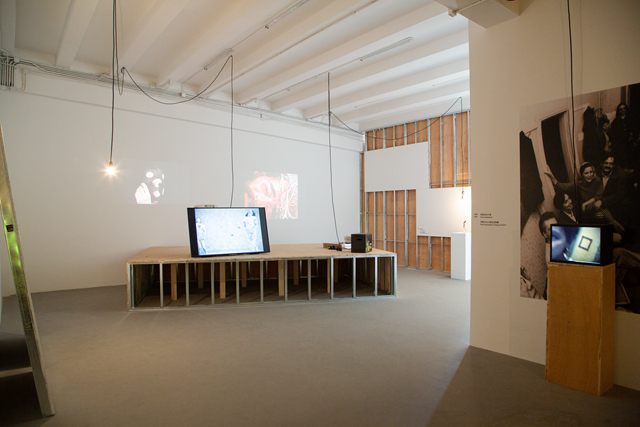 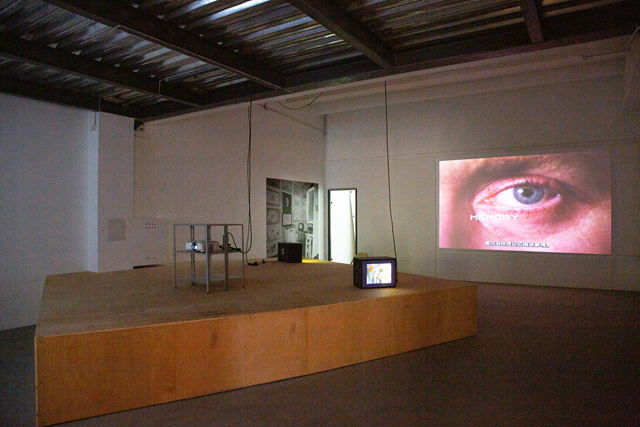 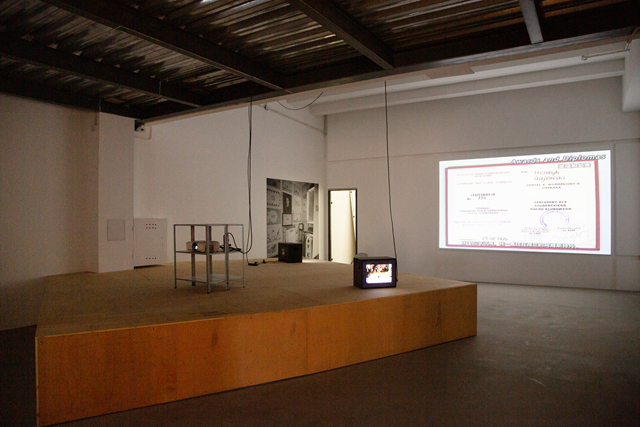 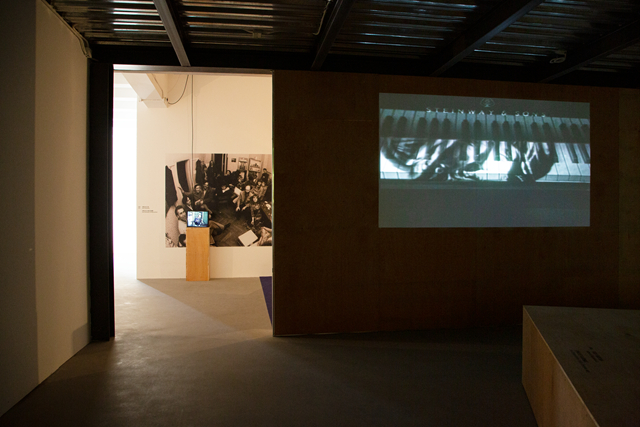 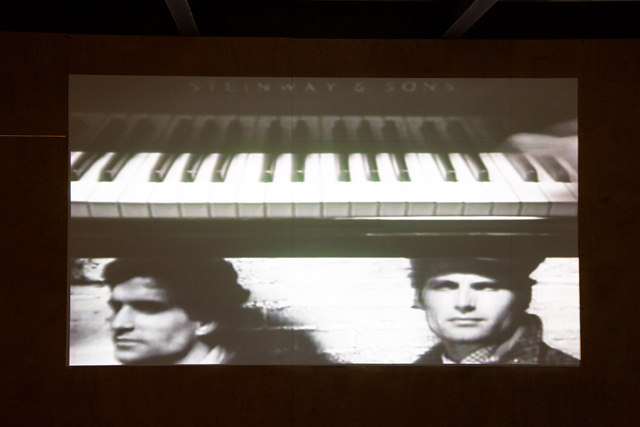 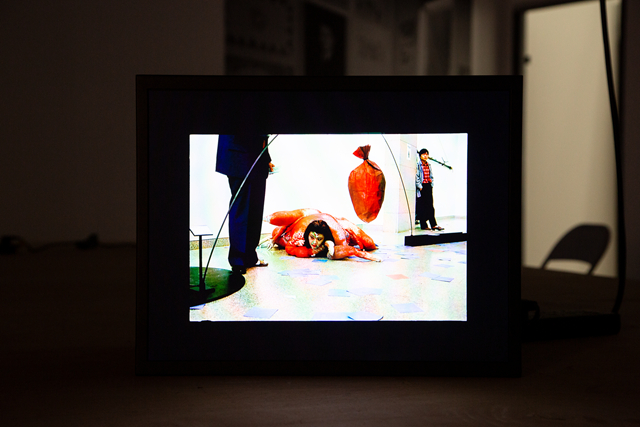 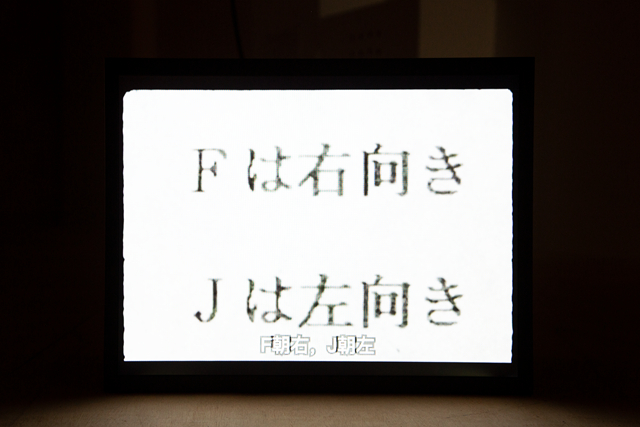 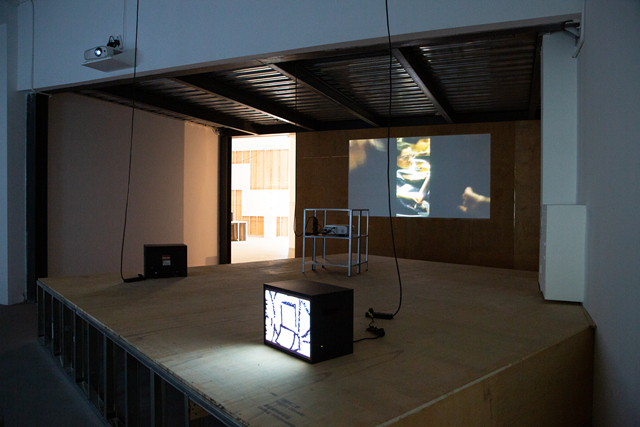 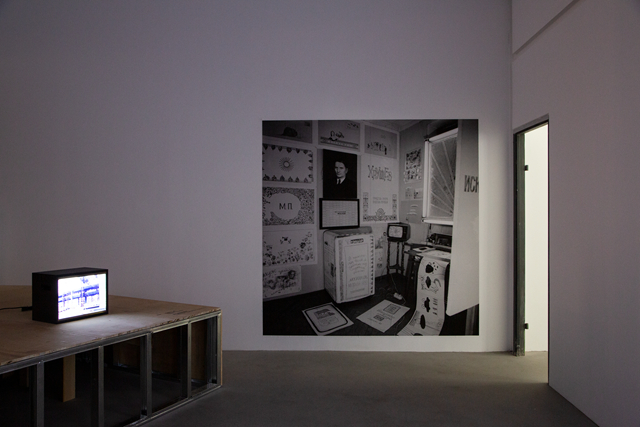 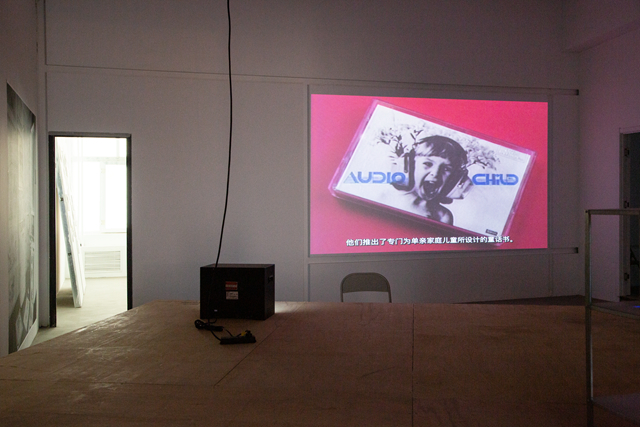 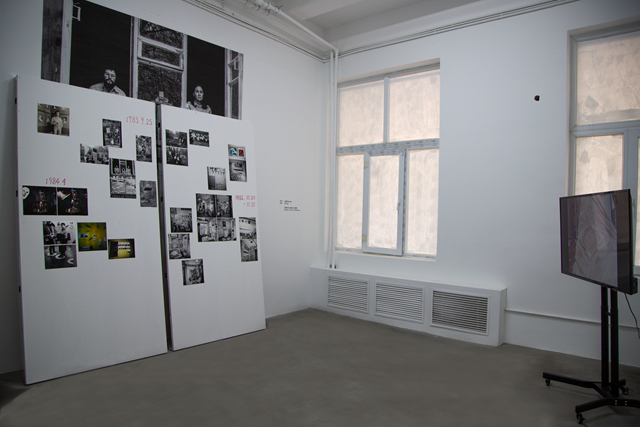 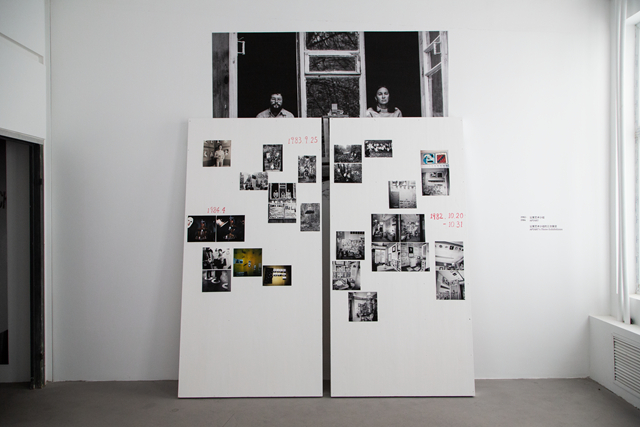 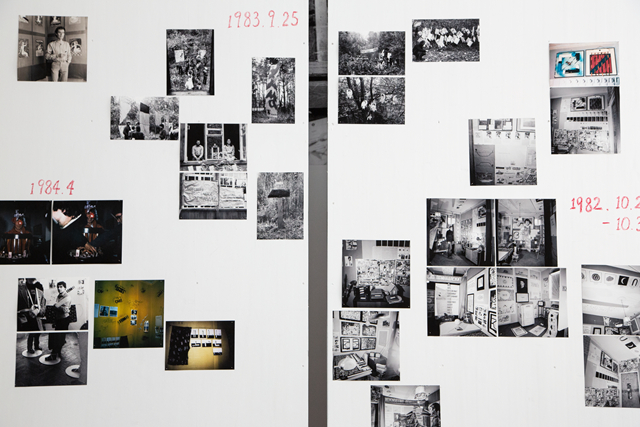 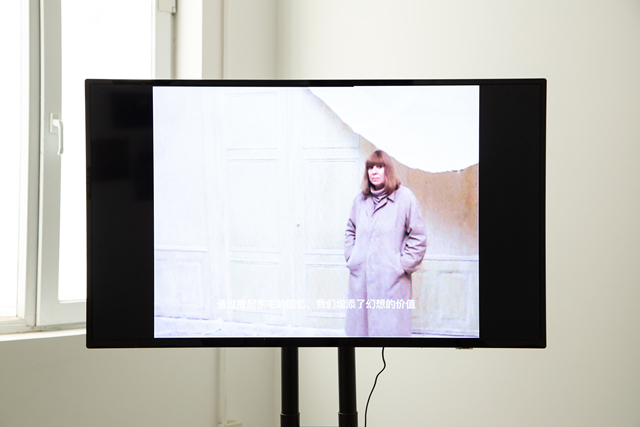 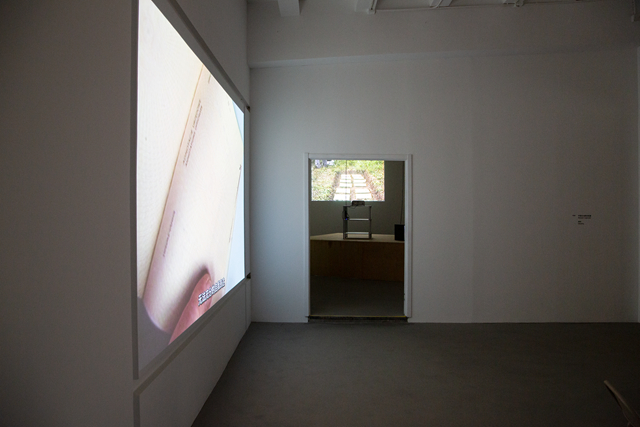 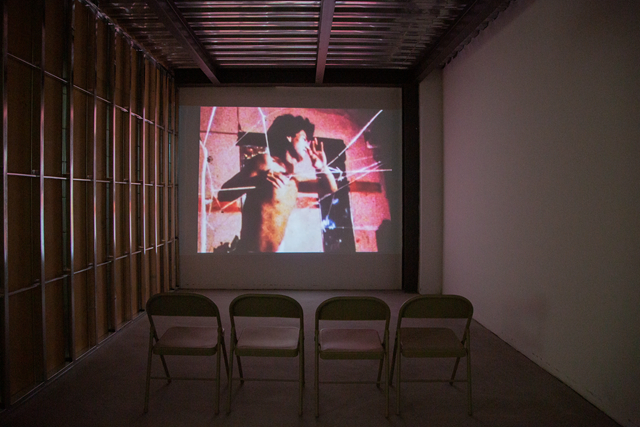