Inside-Out Practice｜Series of interviews with authors from Yishu #8 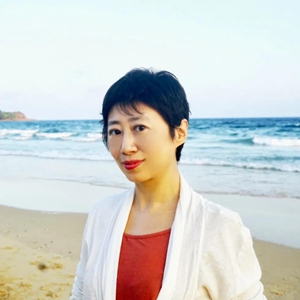 Mia Yu is an art historian, curator and educator based in Beijing. As the winner of the 2018 Yishu Award for Critical Writing and the 2015 CCAA Art Critic Award, Mia Yu has widely published in art journals in English and in Chinese. Most recently, her research on Chinese exhibition history was published in the book Uncooperative Contemporaries: Contemporary Art Exhibitions in Shanghai in 2000. She has also edited special issues including Atlas of Archives: Reimagining History in Chinese Contemporary Art for Yishu: A Journal of Contemporary Chinese Art in 2017 and Exhibition History: The Emergence of A Research Field for Art Monthly in 2021. As a curator, Mia Yu has addressed issues of border, geopoetics, historical memory and speculative geography through exhibitions such as “From Vladivostok to Xishuangbanna”, “Photoethics: CHINAFRICA” and “Ni Jun: An Inconvenient Case”. In 2020, she was the co-curator of Jimei x Arles International Photo Festival and was nominated for the Art Awards of China (AAC) Curator of Year Award. As an educator, Mia Yu has taught courses at China Academy of Art, China Central Art Academy and Xi’an Art Academy and lectured at California College of the Arts, Peking University, Leiden University, Pirelli HangarBicocca Museum in Milan and Villa Vassilieff in Paris. Mia Yu’s video essay Pan Yuliang: A Journey of Silence based on her ongoing research on marginalized women artists in history has been exhibited at Villa Vassilieff Paris, Guangdong Times Museum, Asia Society Hong Kong, Times Art Center Berlin and Shenzhen Art Museum. Mia Yu has served on the jury committees of Hyundai Blue Prize Emerging Curator Awards, Art021 x Porsche Art Awards and Art Nova Awards.

I came to know Yishu when I was a graduate student at McGill University in the early 2000s and it has accompanied me throughout. In 2002, the most convenient way to learn about Chinese contemporary art was a website called Chinese-art.com. It was by looking at this website that I began to establish an understanding and imagination about Chinese contemporary art. In 2003, our university library began to subscribe to Yishu. Yishu, a journal with a less one-year history, was elegantly displayed side by side with Frieze and Flash Art. It manifested a simple but vigorous power. Writers contributing to Yishu to a certain degree all participated in the internationalization of Chinese contemporary art. Providing a detailed observation of the art scene, their writings were somewhere between academic research essays and art criticism. Rigorous, analytical and insightful, each writer was able to delve into the depth of exhibitions and artistic practices by tracing the trajectory of developments. These characteristics distinguished Yishu from both Western academic journals and popular art magazines in the market. From time to time, I encountered Yishu in real places. Yishu’s exhibition booth was often seen at the very entrance of the annual meeting of the Association of Asian Studies. In 2004, while attending the opening of the exhibition“Between Past and Future: New Photography and Video from China” curated by Wu Hung, I met Richard Vine, the chief editor of Art in America. He gave me an art magazine and highly recommended it. I thought it would be Art in America, but it turned out to be Yishu! Overall,Yishu has always been a major source of learning for me. The initial encounter with Yishu eventually led to a fruitful relationship.

My collaboration with Yishu is mainly through research essays and editing for special issues. In 2004, I organized a symposium about artists’ countryside practices in Chinese contemporary art at OCAT Xi’an. This content of the symposium was later published in the March/April 2015 issue in the format of research essays and a series of conversations. For the first time, artist Jin Le’s Shijezi Village Museum was introduced in an English journal. In 2016, I began to research artists’ engagements with history archives. Keith Wallace invited me to edit a special issue for Yishu on this topic. After a year-long preparation, the special issue, “Atlas of Archives”, came out on the March/April issue in 2017. It includes essays by Nikita Yingqian Cai, Dong Bingfeng, Fei Dawei, Gao Shiming, You Mi, Fuca Yuan, Li Jia, Yang Tiange, and Wu Mo. The archival practices by artists such as Lee Kai Chung, Wang Tuo, Liu Ding, Chen Zhe, Royce Ng, and institutions such as Fukuoka Asian Art Museum, Long March Project, Asia Art Archive and Taikang Space were also discussed. In 2018, I wrote a long research essay titled “Between Sketching Tour and Self-Exile: Geographical Imaginations of ‘the Northwest’ in Chinese Art” which traces the history of artists’ journeys to China’s northwest frontier from the 1940s to the present. The English version of this essay was published on Yishu and later won the 7th Yishu Awards for Critical Writing on Contemporary Chinese Art. Yishu’s publisher Katy Hsiu-chih Chien kindly invited me to give various lectures on my research. As a multi-layered platform, Yishu has offered me various opportunities to grow.

As I mentioned, I began my special bond with Yishu in my student years. The Yishu family kept expanding over the years. I consider myself as a family member. Yishu’s contributors changed over the years. In its early years, few of the Chinese contributors were capable of writing in English. In recent years, however, more Chinese critics and curators communicate directly in English. Their unmediated voices represent a new generation of global art participants from China. What also makes Yishu special is that it has been fostering a community. At Art Basel Hong Kong each year, Yishu’s booth is like a gathering place. People stop there to chat with old friends and acquaintances. The feeling of the community is an impetus for me to contribute to Yishu.

When working with Keith Wallace, the Editor-in-Chief, I am always touched by his patience and his immense care. He has a sharp eye for details which helped me spot errors in my work. In fact, editing is similar to curating in many aspects, except that the role of editor is less visible to the public eye. But their work is no less crucial. Editors like Keith Wallace are indispensable in the art world. They are unsung heroes.

One of my research interests is focused on global exhibition history. There has been an increasing emphasis on an Asian perspective in large-scale exhibitions since the late 1990s such as the Asia Pacific Triennial, the Taipei Biennale, the Gwangju Biennale and the Shanghai Biennale in the 1990s. Artists positioned themselves through the entanglements of Asian historical narratives, ideologies, decolonization and the legacy of the Cold War. The question of mutating “Asia” in various contexts is interesting. My work that explores this question is recently published in the book Uncooperative Contemporaries: Art Exhibitions in Shanghai in 2000. A series of online lectures can be seen on the website of Pirelli HangarBicocca Museum. I am also editing a special issue on exhibition history for Art Monthly. Together with Hou Hanru, I look into the history of Cities on the Move, an itinerant exhibition that Hou and Hans Ulrich Obrist curated in seven cities around the globe from 1997 to 2000. One of my other research projects looks into the geopoetics of Northeast China, a region where an interplay of colonial expansion, transnational ideologies and nation-building projects unfolded during the 20th century. I am intrigued by the complex entanglement of post-coloniality and post-socialism in Manchuria, and artists’ responses to such entanglement. This interest leads me to explore the relationship between boundaries, geopolitics and environment in two exhibitions at Jimei Arles International Photo Festival that I curated in 2020, as well as OCAT Biennale that I will co-curate in December 2021. Furthermore, as adjunct professors at China Academy of Art, Central Academy of Fine Arts, Xi’an Academy of Fine Arts and California College of the Arts, I am hoping to convert my research into pedagogy.

I disagree with approaching Chinese art from the perspective of essentialist nationalism. “China” as a cultural concept should be liberated from the fixed boundary of nation state. I am interested in the artists who move beyond the east-west binary and actively trace complex transnational and trans-local connections that disrupt essentializing narratives of China. Both “global” and “China” as complex power structures. Just as Keith Wallace said, we should not categorize China in a general way. Instead,we should understand China through a series of interconnected and interdependent geo-relationships. The complexity and interactions among different regions would help us turn away from the simplistic dichotomy between East and West.

It is really hard to say. I regularly follow online journals and art websites such as e-flux Journal, Ocula, Mousse, On-Curating.com run by Zurich University of the Arts, MoMA’s online journal Post: Notes on art in a global context, the Japanese-English bilingual online journal ART iT, Asia Art Archive, Third Text, Heichi, Yishu, and Times Museum’s online journal On Our Times, which I am also a co-editor.

In my view, the most significant development in Chinese contemporary art during the past two decades is centered around the idea of “Chinese contemporary art” itself. As artists re-imagine and pluralize the “global” from multiple geo-cultural perspectives, “China”, as a cultural concept, is also being questioned and re-imagined. I believe that Yishu would continue to embrace the artistic and curatorial practice of the new generation and reveal the complexity and hybridity in their mappings of the world. Such effort will help us redefine the boundaries and connotations of “Chinese contemporary art.”