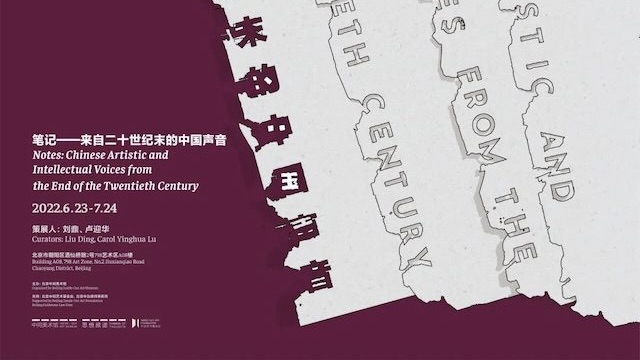 We would like to acknowledge the following artists, curators and scholars for their generous support and contribution to this exhibition:

Channel of Thought is a long-term program of intellectual practice initiated by Beijing Inside-Out Art Museum starting from 2021. It presents and circulates practices, research, discourse, and thinking led by the museum on various platforms.

Carol Yinghua LU is an art historian and a curator. She received her Phd degree in art history from the University of Melbourne. She is the director of Beijing Inside-Out Art Museum. She was the artistic director and senior curator of OCAT, Shenzhen (2012-2015), guest curator at Museion, Bolzano (2013) and the China researcher for Asia Art Archive (2005-2007). She was a recipient of the ARIAH (Association of Research Institute in Art History) East Asia Fellowship (2017), Yishu Awards for Critical Writing and Curating on Contemporary Chinese Art (2016) and visiting fellow in the Asia-Pacific Fellowship Program at the Tate Research Centre (2013). She was the co-artistic director of Gwangju Biennale and the Shenzhen Sculpture Biennale (2012).