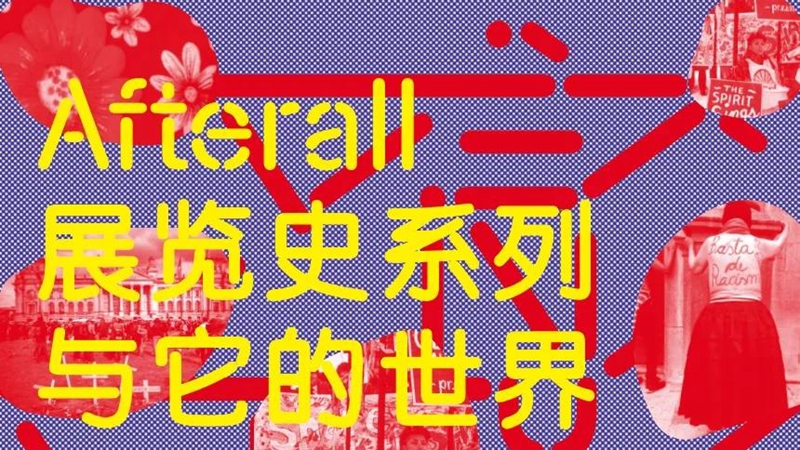 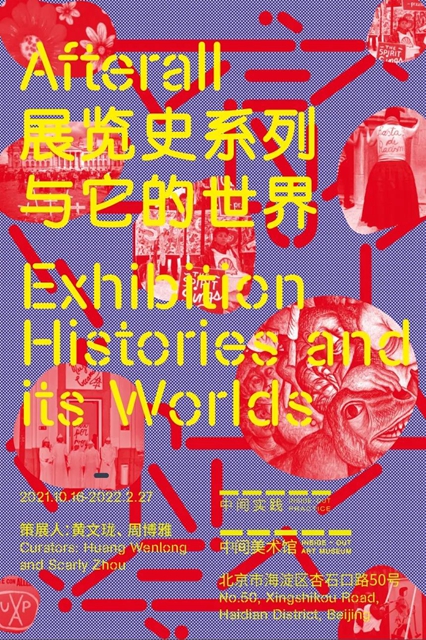 Afterall Exhibition Histories and Its Worlds

Focusing on “Afterall Exhibition Histories,” the ninth episode of “Inside-Out Art Practice,” to be held by Beijing Inside-Out Art Museum, will trace the project’s research on exhibition events in the West and beyond from 2010 to the present day. The starting point for this curatorial project remains a reflection on our art world, which seems to be caught in a dead-end marked by a constant, seemingly thriving, but increasingly homogenous pattern of exhibitions. In 1999, Charles Esche (1963- ) and Mark Lewis (1958- ), professors and curators from Central Saint Martins UAL, co-founded Afterall. It is an art research and publication project with a primary concern for the social and critical nature of art that was gradually being lost, at a time when London had become the center of art market, where creativity was being instrumentalized, and artworks were becoming mere commodities and symbols. In 2010, its sub-project “Afterall Exhibition Histories” was launched, which aims to use the “exhibition” as a medium to construct a new art historical narrative that is different from the traditional one dominated by the “artists-artworks” model. 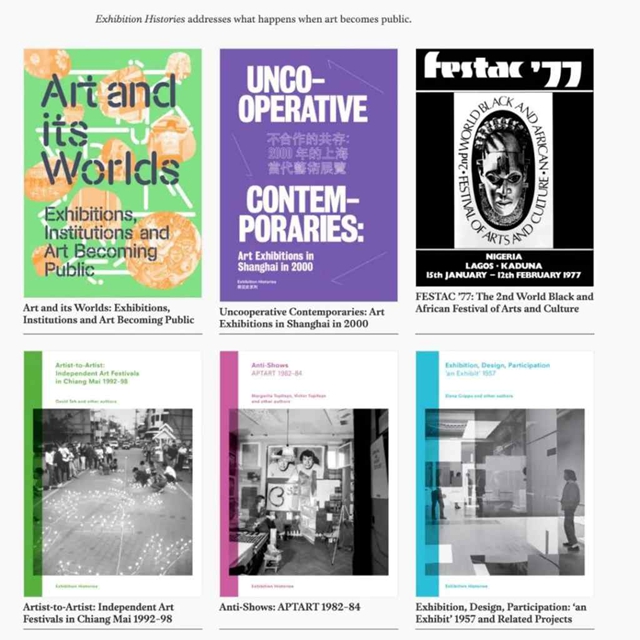 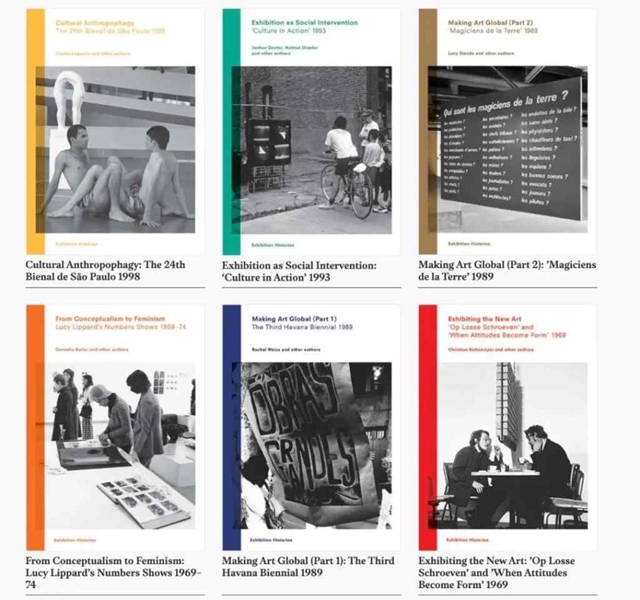 The systematic study of the “exhibition” in North America and Western Europe dates back to the 1990s. This was primarily due to the fact that the research of art history back then began to engage more extensively with social, historical, and political contexts than with the discourse of the artwork itself. As international biennials, independent curatorships, and the contemporary art market became more widespread around the world, the “curator” gradually came to equal prominence as the “artist,” and “curating” became a visible part of the art ecology. Around 2010, several institutions in Europe and the United States initiated publication programs on the topic of “curating,” including On Curating (Switzerland, 2008), The Exhibitionist (USA, 2009), Red Hook Journal (USA, 2011), Journal of Curatorial Studies(Canada, 2012) and Artist as Curator (Italy, 2013). The “Afterall Exhibition Histories” was born out of this trend. As an early entrant into this field, the direction of the series has also become explicit in the advancement of its own practice. The use of the “exhibition” as an object of discussion compensated for the monolithic and classical narrative of Western art history to some extent, and also gave equal attention to art practices in Asia, Africa, and Latin America. The history of exhibitions focuses more on the portrayal of multiple roles in the exhibition than on the power center driven by curators that “curating” may produce, and the historical realities that exhibitions could reflect are often hidden in these neglected details.

The “Afterall Exhibition Histories” has published 12 books since 2010. In this exhibition, we divide the first 11 books into three categories: “Why Exhibition”, “Making Art Global?” and “Art Becoming Public”. Among them, “Why Exhibition” focuses on the curatorial events in 1960s and 1970s by curators Wim Beeren (1928-2000, Belgium), Harald Szeemann (1933-2005, Switzerland), Lucy Lippard (1933-2005, USA), and artist-curator Richard Hamilton (1922-2001, UK). Their work proposes the possibility of the exhibition being a creative practice. “Making Art Global?” conducts case studies of the Third Havana Biennial (Havana, Cuba) in 1989, Magiciens de la Terre (Paris, France) in 1989, the 24th Sao Paulo Biennial (Sao Paulo, Brazil) in 1998, and several exhibitions held in Shanghai in 2000 (including the Third Shanghai Biennial). The similarity between these exhibitions lies in the curators’ attempt to break the conventional curatorial strategy of dividing the artworks by country. Instead, they juxtaposed the artworks from Asia, Latin America, and Africa, which are often represented by terms such as “exoticism” and “ethnicity” in the post-colonial context, with Western contemporary artworks that have participated in the construction of the contemporary art discourse. Such attempt is to blur the dichotomy of “Western vs Non-Western” and to construct a truly “global” art system. But is the concept of “global art” valid, or does this practice confirm the persistence of this dichotomy in light of how exhibition was perceived by public in reality? “Art Becoming Public” focuses on the practice of the FESTAC ’77, the 2nd World Black and African Festival of Arts and Culture in 1977, the Soviet APTART from 1982 to 1984, the Chiang Mai Soical Installation 1992 to 1998 which was initiated by Thai artists and involved many Thai university students, and the Chicago Culture in Action public art project in 1993. These art practices, which are wilder and oriented towards a wider audience than institutional exhibitions, were born either because they did not have the conditions for institutional exhibitions or because they were not satisfied with the rigid exhibition model of institutions (most of which happened in white boxes of art museums) and were determined to engage individuals, audiences and communities into the production and redefinition of art in the way of collaborative work and social practice.

Art and its Worlds: Exhibitions, Institutions and Art Becoming Public, the latest publication of the “Afterall Exhibition Histories,” is a decade-long retrospective as well as an alternative vision of art history they proposed based on the pivotal moment of “art becoming public.” As stated in the anthology’s introduction, “If art relies on a show, or showing, to come to life, then the exhibition similarly refuses self-sufficiency, relying on its social, political and economic context and contingencies (the land and the weather) to determine its vitality and sustainability.” Hence, the study of exhibition history is an all-encompassing interrogation of the moment of art becoming public – underneath the abstract rhetoric of “becoming public,” there are various specific forms of expression: the white cube aesthetic in art museums, large events lasting as long as a month, temporary changes in public spaces, or gatherings of music, theater, and literature, etc. Art practice no longer relied solely on the divine moments created by artists alone in their studios, but instead brought together efforts from multiple parties, such as venue construction, rental, curating, promotion, or community participation, transforming the way art was produced while also giving back to a broader community. These flexible “moments and places” have a transient yet far-reaching impact on different fields, constantly questioning us if the dynamic relationship between exhibition, history, and art has provided a broadened thinking for the methods and objects of artistic practices and production that are merely circulated “within the circle?” This is the meaning of our discussion of “Exhibition Histories” today –to find a break out of the dilemma faced by art and art institutions today from past practices.

The “Afterall Exhibition Histories” is a coherent and consistent project, and at the same time it obtains flexibility of self-organizing.The publications contain a systematic archival collection of the “exhibitions,” such as installation views of an exhibition, floor plans, lists of participating artists, curatorial letters, reminiscences, interviews with artists, and oral histories, etc.,presenting multifaceted and even conflicting understandings and evaluations of the events from the practitioners and participants at the time, to help readers revisit the historical scene from a broader perspective. In the past decade, the “Exhibition Histories” has collaborated with institutions such as Bard College (New York, USA), Gothenburg University (Gothenburg, Sweden), Asia Art Archive (Hong Kong, China), and the Chimurenga Magazine (Cape Town, South Africa) on research and publications, commissioning a number of researchers to create thematic articles that analyze, integrate, and connect topics that are relevant to exhibitions from different entry points. The starting point for the “Exhibition Histories” is not to seek a sole reality, disregarding the changing circumstances. The significance of looking back to the past lies in self-awareness and criticism.

The Inside-Out Art Museum has always placed the discourse of “exhibitions” at the center of its practice, and has taken the “exhibition” as an essential thread for art history studies. This is reflected in the preparation of the exhibitions. With various efforts we have made in selecting, organizing, and presenting the works on display, we regard the design and aesthetics of exhibitions as a part of our narrative and expression, a system that we have been continuously working to enrich. Moreover, we keep expanding the connotations and possibilities of the discourse of curating in our lecture series “Exhibition as Exhibition.” We deeply feel that the role of the “curator” is highly esteemed at present on the one hand, while on the other, there is a lack of real curatorial awareness. In China, the teaching of creative “curatorial” methodologies is rather inadequate in domestic institutions, which meanwhile give more attention to the cultivation of administrative skills such as art management. Presenting the “Afterall Exhibition Histories” in this context, we hope to take this opportunity to highlight the importance of the “exhibition” itself in institutional practices, and to discuss the principles of exhibitions with our fellows, the “Afterall Exhibition Histories.” We will organize academic events and lectures related to this series of research and publications during the exhibition period. 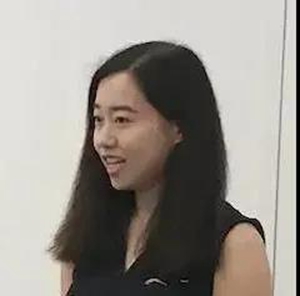 Before entering into the art world, Huang Wenlong worked as software developer. She is assistant curator at the Beijing Inside-Out Art Museum. She researched on Beijing-based choreographer Wen Hui’s practice. She worked as assistant curator in major research exhibition Waves and Echoes: A Process of Re-contemporarization in Chinese Art Circa 1987 Revisited andWaves and Echoes: Postmodernism and the Global 1980s. She co-curated An Impulse to Turn, From Art to Yishu, From Yishu to Art, and curated Wang Huangsheng: Publishing Enables Thinking Out Loud. 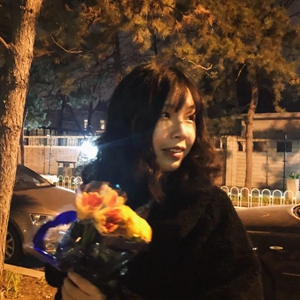