Inside-Out Practice｜Series of interviews with authors from Yishu #7 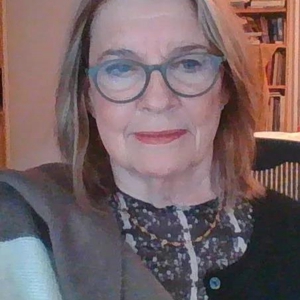 Receiving her B.A. from New York University, M.A. from Hunter College and Ph.D., from the Institute of Fine Arts, New York University, Patricia Eichenbaum Karetzkyis the Oskar Munsterberg Chair of Asian Art at Bard College, New York since 1988 and Adjunct Professor at Lehman College, City College of New York since 1994. Patricia has dual interests in contemporary and medieval Chinese art. She was assistant editor, co-editor, and editor of the Journal of Chinese Religions from 1991 to 1998 and has published numerous books and articles on medieval Chinese religious art and a multitude of articles on contemporary art in such journals asYishu, the Journal of Contemporary Art, and n.paradoxa. She has also curated many exhibitions and written catalogues on Chinese contemporary art.

My first article appeared in 2004, I have been a regular contributor.

I have published 21 articles since 2004. Mostly these are profiles of individual artists who I met, interviewed at length, and studied.

The editors at Yishu were excellent, as far as I understand, there were three edits led by the inestimable Keith Wallace and his staff. I felt they were sensitive to the text and careful of its assertions.

For a number of years, I have followed contemporary Chinese female artists, several of whom I profiled in past articles in Yishu. This pursuit culminated in a book in 2020 that I co-authored with the poet Zhang Er, The Art of Women in Contemporary China: Both Sides Now, published in the UK by Cambridge Scholars. Its eight chapters examine the work of over 75 Chinese female artists, both pictorial and poetic, within the framework of eight themes: the body; home and the world; children and other women; clothes; social conscience; fantasy; and abstraction.

In the last two decades, the number of artists practicing in China has grown exponentially, and they are exploring new ways of creating art, styles, formats, and techniques. In addition, there has been a dramatic development in the field of art criticism with a concurrent expansion of art institutions, especially museums, and of such professionals as curators, teachers, and scholars. In a wider consideration of art production, the global and digital display of Chinese art along with a multitude of transnational and diaspora artists challenge a strict definition of national cultural identity. Conversely, in China, there is a resurgent interest in pre-Communist art that asserts the validity of the native culture, its values, and aesthetic forms of expression. This movement is in part a response to the overwhelming authority of western art styles that dominate the curriculum of college art schools. In sum, the field of contemporary art has expanded greatly in several directions over the last two decades.

As a specialist in Chinese medieval art, I am interested in the relationship between the traditional aesthetic, philosophical and religious traditions and their relevance in the modern world: these prove to be an essential part of the cultural atmosphere. The study of the wisdom, aesthetic beauty, and diversity of artistic expression of China is always enriching.

I am not really concerned with art criticism and as my training is in art history, I am more interested in appreciating the aesthetic language of art and its socio-religious contexts.

Exposed to the global production and display of art, Chinese artists adopt various styles, media, formats, and theories. They are free to explore the multitude of aesthetic avenues far beyond the restrictions of brush and ink. For example, sculpture, which was never considered a primary art in China, along with installation, performance, body and conceptual art provide practitioners with new media for expression, coupled with investigations in light and sound art, video and animation.  At the same time there is a growing appreciation of the traditional forms of art and the great culture that informs it. What is more, the Chinese artist is quite self-conscious of these trends and the role of art in society. Awareness of the importance of the market is widespread and often disparaged in socially conscious art which attests to the abuses of society. Employing new media, this kind of art fulfills the ancient function of the artist as an observer of the ills of society and the hope of remedy.