Inside-Out Practice｜Series of interviews with authors from Yishu #1 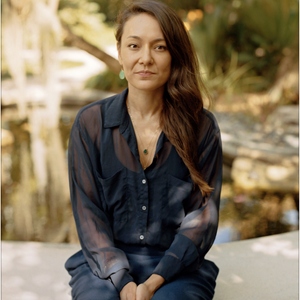 Stephanie Bailey is editor-in-chief of Ocula Magazine, a contributing editor to ART PAPERS and LEAP, the managing editor of Podium, the online journal for M+ in Hong Kong, and a member of the Naked Punch editorial committee. Formerly senior editor of Ibraaz, she has written regularly for Artforum, ArtMonthly, Yishu Journal of Contemporary Chinese Art, and D’ivan, A Journal of Accounts, and has curated the Conversations programme at Art Basel in Hong Kong since 2015. From 2006 to 2012, she lived in Athens, Greece, where she designed, directed and managed the BTEC-accredited foundation course in Art and Design at Doukas Education, Greece.

1. What is your story with Yishu journal?  When did you start writing forYishu?

My first essay for Yishu was also my first creative, long-form piece. It explored the relations between the solo exhibitions of Yang Fudong and Greek artist Kostis Velonis taking place concurrently at the National Museum for Contemporary Art in Greece (EMST), and it was without a doubt a formative moment in my practice as an art writer. For one, it was the first time I was able to take what I considered at the time to be a Eurasian approach to art criticism; that is, to think about what artistic practices from different yet intersecting geographies and historical trajectories might share in common.

The fluid space that Yishu afforded me back then was invaluable at a time when I felt quite alienated by publications in the West. I’ll never forget one editor from a very well-known magazine telling me that context wasn’t important when reviewing a show, which to my mind felt counter-productive, only for that magazine to take the context-sensitive approach years later. Needless to say, the context of Greece, where I was living at the time, ran through that first piece!

I have published quite regularly with Yishu since 2010, with some breaks here and there, so the list is extensive! Some of my favourite pieces have of course been the conversations with Hong Kong artists like Chow Chun Fai, Au Hoi Lam and Wong Ping; and some of my recent essays on exhibitions like Theater of the World at The Guggenheim in New York, and Speech Acts at Manchester Art Gallery in the UK, andAwakenings: Art in Society in Asia 1960s–1990s at National Gallery Singapore.

In 2020 I also wrote about the work of the collective Metahaven, which was pretty challenging and yet quite fitting when thinking about my first essay I wrote forYishu mentioned above; one of the works I focused on was called Eurasia.

3. Why do you choose to write for Yishu? In what ways do you thinkYishu distinguishes itself from other art journals?  What is particularistic about Yishu?

Yishu is that rare space where writers can dive deeply into a practice or exhibition and explore nuances and trajectories without limitation, and I really appreciate that.

I am especially grateful to Keith Wallace for his encouragement and support through the years and the editorial team more generally for their great work in reviewing texts.

I wear many hats, which is often the case for those of us working within the arts, so I am editing and writing across forms for magazines from Asia to the United States, whether commercial or more academic. Throughout my work this fluid movement across writing formats has also been reflected in the positions I’ve taken with regional publications, whether as senior editor at Ibraaz—which was a publishing platform focusing on visual culture from and around North Africa and the Middle East—or contributing editor to LEAP and editor-in-chief of Ocula Magazine.

Cumulatively, this trans-spatial training has nurtured a broad focus on art production and cultural exchange within the context of historical and contemporary globalisation, the mainstream art world being a microcosm of that. With that in mind, I am especially interested in the relations of power coded into the production and exchange of culture, and in particular how these relations connect to broader geopolitical currents and shifts. That said, sometimes I love just taking a close look at a single artist’s work or doing a classic review of a show!

I am a Hong Kong-born Eurasian, so the question of what China means to me is predictably complex, and emanates from the perspective of Hong Kong and that middle ground between East and West, not to mention post- and neo-imperialism. Perhaps one way of answering this question is to use a term that a curatorial text for an exhibition at Para Site in Hong Kong used, ‘the Chinese world’, which to me reminds me of the term Arab world, in that it describes a network of peoples connected by forms of language, culture, and history that are not necessarily or always bound by the form of a singular nation-state.

I feel an affinity with Chinese worlds, from the Nanyang painters to Hong Kong’s Circle Group and the Stars in China, to the many brilliant contemporary artists working across Southeast Asia and Taiwan today and in the diaspora. But it is important to underline that this affinity also branches outwards more broadly to Asia as a region composed of many regions, and further still. Art after all is hybrid and messy, in many ways—it is a ‘space’ where people and practices cross paths and change as a result, not just in the contemporary moment, but historically too. Ultimately, to quote artists Sanja and Rada Ivekovic, ‘An artist cannot represent the nation state because … the artist herself is neither definable nor representable.’

This is a difficult question, because in many ways art criticism is what it is in that it can really be anything, depending on the publication, the writers, the readers, and more broadly the art world itself, or rather which art world an art critic is writing in or for. In many ways, there is room for everything, depending on what space a writer is seeking it out, what they want to say, and what terms they are willing to accept. There are the more mainstream publications, and those that offer a more creative, perhaps less restrained space, for writers to express their opinions—The White Pube in the UK comes to mind here, a fearless platform that has revolutionised what it means to be an art critic while highlighting the disparities and precarities of the art world.

For me the most important development—and this again relates to my previous answer that my understanding of Chinese art comes from a Hong Kong perspective—is watching the evolution, for better or worse of course, of Hong Kong’s art scene, from the Fotan community that set up studios in the factories located just below from where I grew up to the emergence of new generations and approaches towards practicing within the constraints of a hyper-capitalist SAR, and the establishment of Art Basel in Hong Kong, Tai Kwun, and M+. I look forward to seeing what new fronts and horizons are opened up in the city as it moves forward.