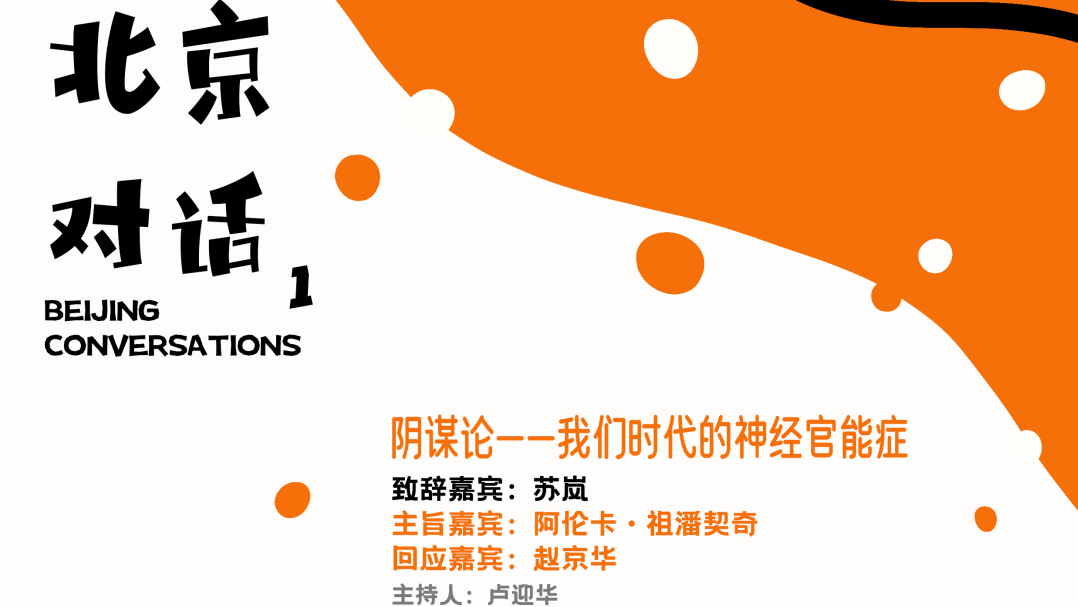 Upcoming Event｜Conspiracy Theories: The Neurosis of Our Time 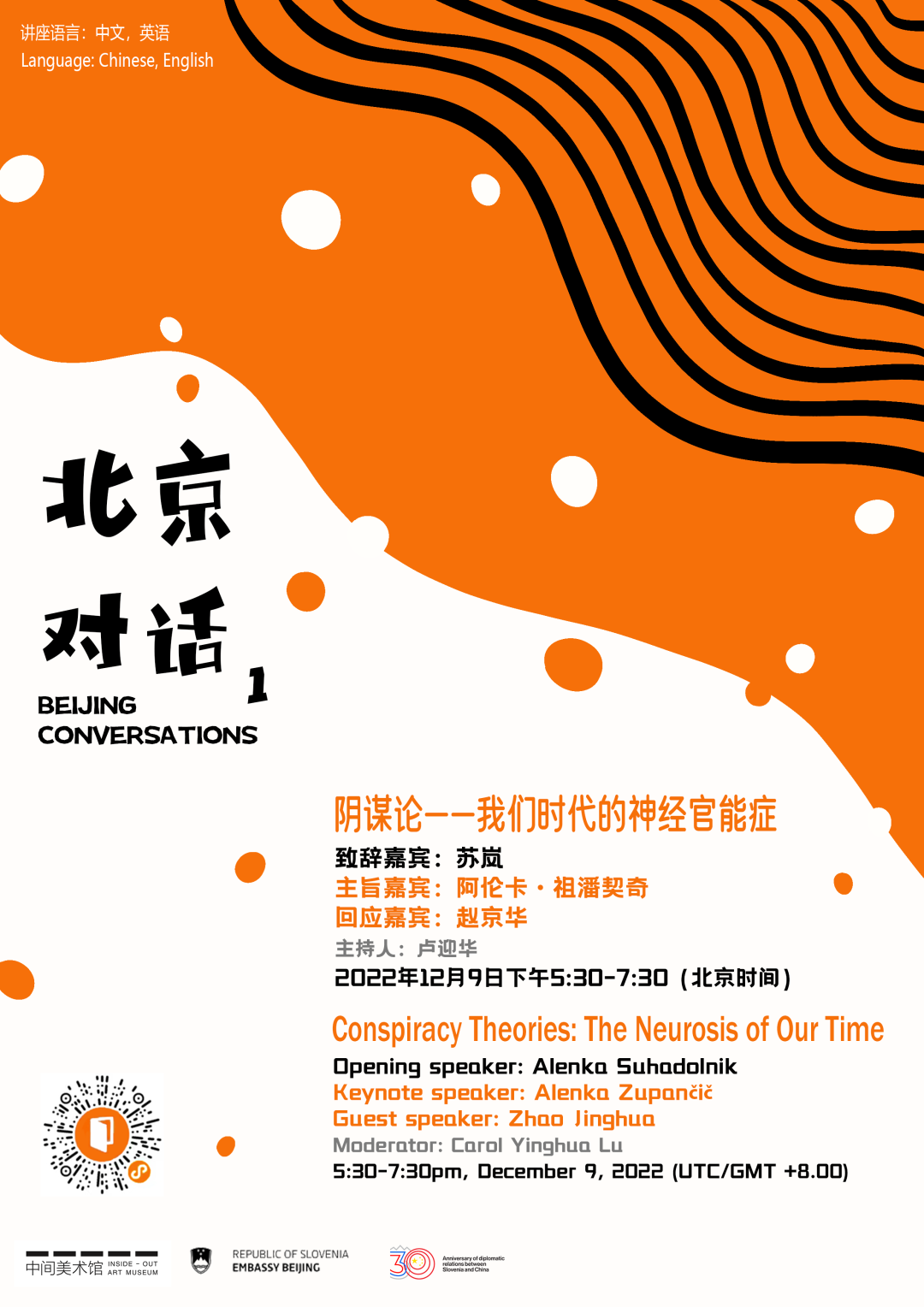 Conspiracy Theories: The Neurosis of Our Time

Beijing Inside-Out Art Museum is honored to be partnering with the Embassy of the Republic of Slovenia in Beijing in organizing the “Beijing Conversations” series. Starting on December 9, 2022, we will invite 20 distinguished theorists, philosophers, artists, architects, curators, museum directors and historians from Slovenia and China to share their recent academic or artistic practices and engage in one-on-one in-depth conversations. Each invited speaker will present the issues and discoveries they have made in their respective academic or artistic careers from specific cultural and social contexts and will connect and debate through ideas and art during these dialogues.

The lecture will be held both online and offline. A limited number of seats are open for reservation. Please register with real names and detailed information. 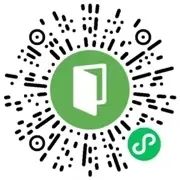 2. ThislecturewillbeinChinese-Englis. 10 places are open to the public until they are filled, and admission with a valid ticket QR code.

3.3. Please kindly be advised that all external Visitors require a 24 Hour Health Code to access the Embassy of Slovenia.

4. The event will be recorded and might be used for future promotion. 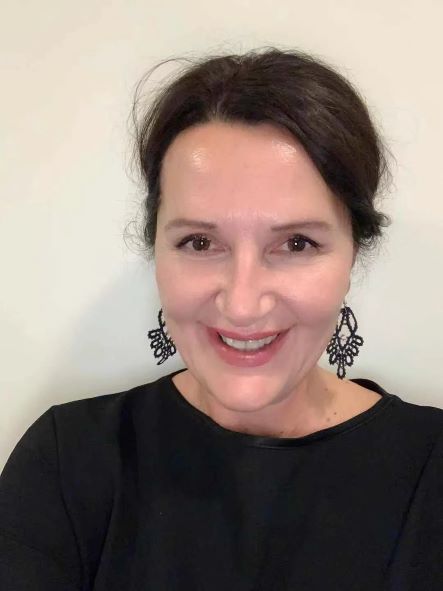 H.E. Alenka Suhadolnik is the Ambassador of the Republic of Slovenia to the People’s Republic of China since 2019.

After receiving her Master in Economics, Ms. Suhadolnik joined the Slovenian Ministry of Foreign Affairs, where she held a number of executive posts, including Director General for Economic and Public Diplomacy. Ms. Suhadolnik also served as Consul General of the Republic of Slovenia in New York (2004–2008), and as Ambassador of the Republic of Slovenia to the State of Israel . 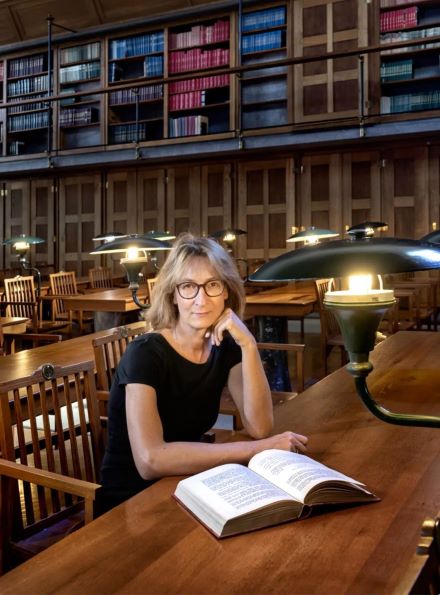 Alenka Zupančič (b.1966) graduated in philosophy from the University of Ljubljana in 1989 and received her doctoral degree there in 1996. She also received a PhD from Université Paris VIII. She is professor at the Postgraduate School ZRC SAZU, researcher councillor at the Institute of Philosophy at the Research Centre of the Slovenian Academy of Sciences and Arts, and professor at The European Graduate School in Saas Fee, Switzerland.

Together with Slavoj Žižek and Mladen Dolar, Zupančič is one of the most prominent members of the “Ljubljana school of psychoanalysis.” She is a Lacanian philosopher and a social theorist. She is also a renowned Nietzsche scholar.

Important themes in Zupančič’s work include relations between sexuality, ontology, and the unconscious; critique of the theory of subject; and the theoretical exploration of the Lacanian concept of the Real. Zupančič is co-editor of the MIT Press book series “Short circuits” and of a Slovene book series “Analecta”, and editor in chief of the bi-monthly periodical of psychoanalytic theory, philosophy, and cultural studies “Problemi”. Since the early nineties, Zupančič has continuously published her texts in numerous psychoanalytic and philosophical anthologies and academic journals, including Filozofski vestnik, New Formations, Angelaki, South Atlantic Quarterly, The American Journal of Semiology,Problemi,Umbr(a),Lacanian Ink, Identiteti, Parallax, and others. 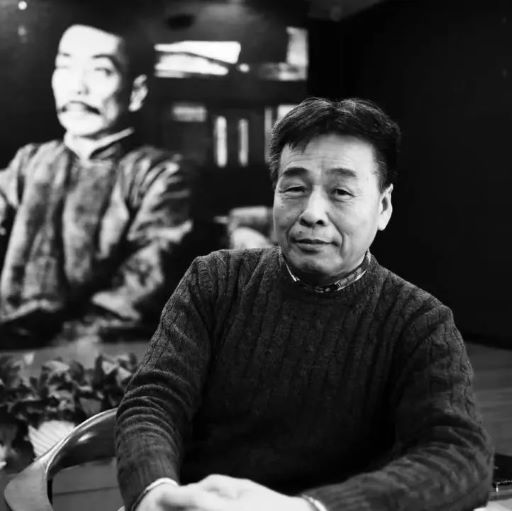 PhD in Sociology from Japan National Hitotsubashi University. Currently he is a professor at Beijing International Studies University and doctoral supervisor at the University of Chinese Academy of Social Sciences. Since 2004, he has served as a visiting researcher and visiting professor at Saitama University, Aichi University and the University of Tokyo in Japan. His books include Post-modern and the Intellectual Left Wing in Japan, Thoughts between China and Japan, the Rebirth of Lu Xun in Japan and Thoughts Building the Future. He is the chief curator of the series “20th Century Japanese Thoughts” of SDX Joint Publishing Company. 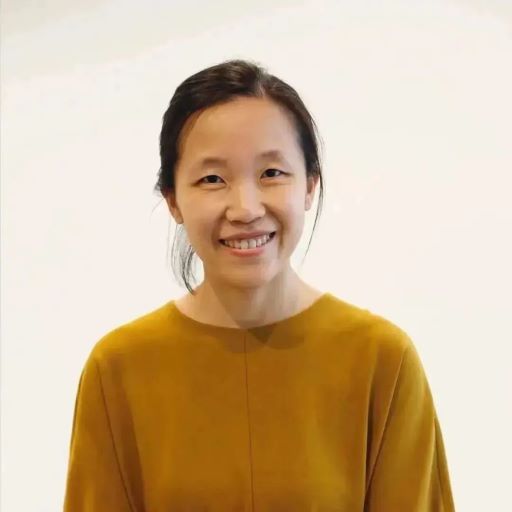 Carol Yinghua LU is an art historian and a curator. She received her Phd degree in art history from the University of Melbourne in 2020. She is the director of Beijing Inside-Out Art Museum. She was the artistic director and senior curator of OCAT, Shenzhen (2012-2015), guest curator at Museion, Bolzano (2013) and the China researcher for Asia Art Archive (2005-2007). She was a recipient of the ARIAH (Association of Research Institute in Art History) East Asia Fellowship (2017), Yishu Awards for Critical Writing and Curating on Contemporary Chinese Art (2016) and visiting fellow in the Asia-Pacific Fellowship Program at the Tate Research Centre (2013). She was the co-artistic director of Gwangju Biennale and the Shenzhen Sculpture Biennale (2012).