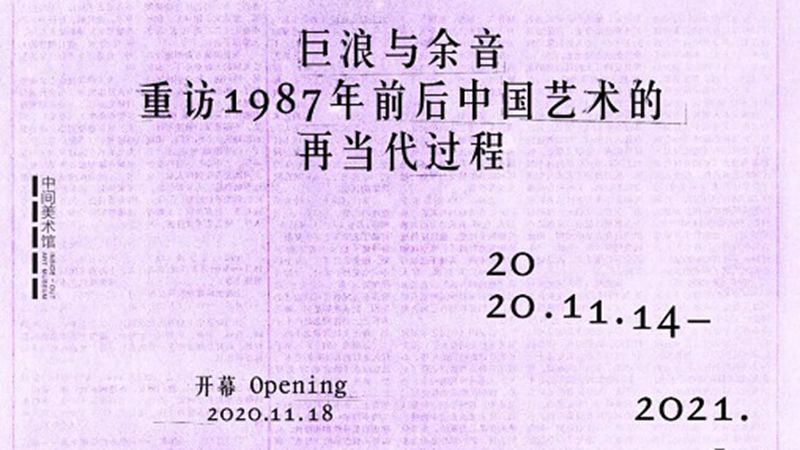 Waves and Echoes: A Process of Re- contemporarization in Chinese Art Circa 1987 Revisited

Inside-Out Art Museum proudly presents Waves and Echoes: A Process of Re-contemporarization in Chinese Art Circa 1987 Revisited, a major research exhibition. Waves and Echoes is the latest project in the research series “The Echoes of Socialist Realism,” after Salon, Salon: Fine Art Practices from 1972 to 1982 in Profile –A Beijing Perspective, which was held at IOAM in 2017. Initiated collaboratively by artist Liu Ding and art historian Carol Yinghua Lu, this research series aims to critically analyze and reflect on the historical narratives and constructs about contemporary art in China.

Regarding the 1980s, there has existed a considerable amount of narratives, including documentations and memories, summaries and reflections. Since then, a plethora of historical writings have come to promote certain viewpoints. All of these narratives around New Wave Art (xinchao meishu) of 1985 and 1986, tend to define the feeling, consciousness, and understandings of the whole period of the 1980s. Through them, historical writings about art of the 1980s have enforced a homogeneity. In art history, the 1980s, thus has become a generalized and unvaried historical canon. As a result, it’s impossible to grasp and comprehend the multiple and complex turns throughout this historical period.

Driven by the Intellectual Emancipation Movement (sixiang jiefang) as well as Reform and Opening-up (gaige kaifang), the Cultural Fever (wenhuare) went up in heat as it unfoloded through the 1980s. Its accretion by 1985 and 1986 led to the emergence of New Wave Art as a highlight. This period was animated by dynamic artistic works and discourses in the art world. However, by the end of 1986, the art world rapidly experienced an ebbing of the tide. The New Waveperiod’s surge and crest rapidly fell to a nadir. Although the voices of reflection persisted during the movement, they were only further developed after the Anti-Bourgeois Liberalization Campaign (fanzichan jieji ziyouhua) in 1987.

In 1987, the art world became stagnant, but the theorization and historicization of the New Wave Art quietly began. Some theories and practices began to get ossified, slowly deviating from actual artistic practices. Artists no longer appeared in the form of groups. Instead, the work of individual artists gradually came to the forefront. Many individual artists, having undertaken varied artistic turns through the 1980s, henceforth showed distinctive choices of direction in their standpoints. The stance and orientation of their artistic practices became increasingly crystalized from this point on.

Artistic practices before 1987 can be described as heteroglossic, while later ones can be considered as gradually smoothing out and moving closer to the contracted reality. Though the ideological spaces of the society were subject to restrictions, possible spaces for cultural activities diversified. Thus, artists and their practices grew more connected with social spaces in every way.

This research project considers the year of 1987 as a framing point for further scrutinization. One aspect to consider is that 1987 can be regarded as a time marker distinguishing the mid 1980s from the late 1980s. To a definite degree, 1987 initiated a change in the mindset of Chinese society from short-lived pluralism towards institutionalization. Another aspect to consider and investigate is the ideological motivation for changes in artists’ works; one can reconsider how the empirical experiences and intellectual resources of the early-to-mid 1980s were complicated, absorbed, diluted, and even constructed by an intricate reality, thus forming various forms of artistic expressions from this point on.

This exhibition proposes “re-contemporarization” as a theoretical model for interrogating history and grasping the post-1949 transformation of Chinese art and thought. Though suppressions of differing trends and opinions by mainstream art have long existed during different periods of time, in a broader viewpoint of history, one can fall into the trap of generating an exclusive and fractured historical narrative if only suppressed elements of history are highlighted in efforts of historical re-examination. If certain points of time since Reform and Opening-up are taken as a starting point for evaluating contemporary Chinese art, it’s easy to be trapped by a Western, neoliberal perspective that places itself as a universal model for comparison. The adaptation of modernism by Chinese artists in the 1980s does not entirely reflect on a process of the latecomers learning the path of the Western forerunners, but to a large degree, a process of knowledge renewal of the Chinese art field dated back to the 1920s-1930s when it first started to introduce and criticize Western modern art.

This research considers those drastic reforms of art since 1949 and the sculpting, regulating and interfering of artistic forms, discourses, and viewpoints as part of the contemporarization process of Chinese art. This kind of historical perspective may allow a closer examination of artistic discourses and practices that have always been entangled into mainstream ideologies. This is also the context and premise on which all practitioners act in today.

In Waves and Echoes, the curators engage into a dialogue with existing historical narratives and researches on the basis of recognizing their value. Through careful refining of theory and praxis situated in historical contexts, horizons of understanding can be widened. They put the 1980s in a broader historical context and reconstruct the historical relationships between the category of the 1980s and the artistic and literary developments from 1949 to Reform and Opening-up. As such, the historical thread of thoughts in the art of the 1980s becomes much clearer. This research not only holistically takes hold of the 1980s, but also avoids making simple distinctions based upon existing ideologies. Through 1987 as a time marker, the curators demonstrate both the ruptures and continuities between contemporary art and contemporary mainstream culture, thus breaking through the constraints of the “contemporary model“ set by Western/North American intellectual circles. With an aim to apporach the present by critically looking into the past, this pioneering research continuously integrates deliberation of current issues and reflections into the revisit of the 1980s. 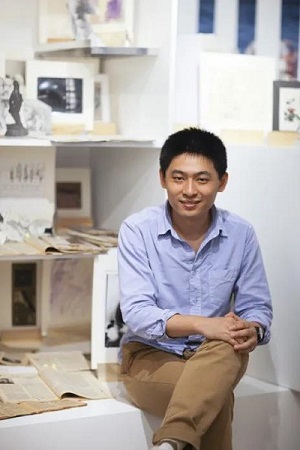 Liu Ding is a Beijing-based artist and curator. Liu Ding’s artistic creation and curatorial practice bring attention to multiple viewpoints and modes of description in Chinese art history, exploring a trajectory of discursive thoughts that connect the contemporary with the historical. He has participated in international biennials and triennials such as Istanbul Biennial (2015), Asia Pacific Triennial (2015), Shanghai Biennale (2014), Prospect.3 New Orleans (2014), Taipei Biennial (2012), the Venice Biennale (2009), Guangzhou Triennial (2005), and Seoul Mediacity Biennale (2008). His works have been presented in many art institutions and museums across the world.

Carol Yinghua Lu is an art critic and curator. She is currently PhD scholar of art history at the University of Melbourne and is director to the Beijing Inside-Out Art Museum. She is the contributing editor for Frieze and is on the advisory board for the Exhibitionist. Lu was on the jury for the Golden Lion Award at the 2011 Venice Biennale and on the jury for the Filipino National Pavilion of 2018 Venice Biennale of Architecture. She was the co-artistic director of the 2012 Gwangju Biennale and co-curator of the 7th Shenzhen Sculpture Biennale in 2012. From 2012 to 2015, she was the artistic director and chief curator of OCAT Shenzhen. She was the first visiting fellow in the Asia-Pacific Fellowship program at the Tate Research Centre in 2013 and was one of the first four ARIAH (Association of Research Institute in Art History) East Asia Fellows in 2017. 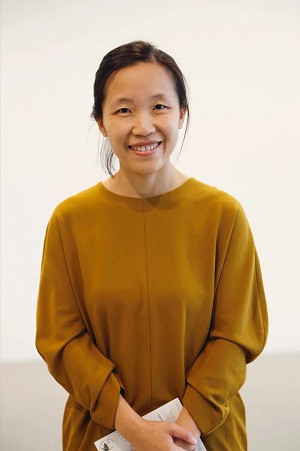 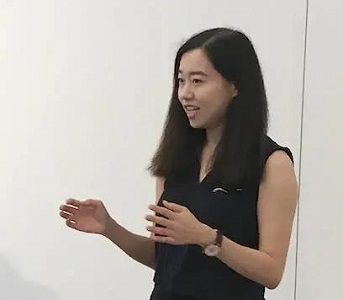 Huang Wenlong graduated from the Australian National University with Bachelor of Information Technology, and later earned a Bachelor of Art History at the University of Paris I Pantheon-Sorbonne. Before working in the art industry, She was a healthcare programmer. Since 2019, she has been working in the Research and Curatorial Department at the Beijing Inside-out Art Museum.

Sun Gaorui, born in Qingdao, Shandong Province. She joined the Beijing Inside-Out Art Museum in September 2018, and has been working as the assistant for the Research and Curatorial Department. 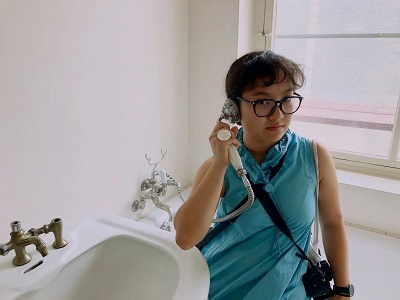 Liu Yusi is currently pursuing a PhD in the Department of Classical and Near Eastern Archaeology at Bryn Mawr College in the United States. Her research interests include space and memory, cultural heritage, intellectual history, and classical reception. She is particularly interested in the convergence of archaeology and contemporary art, and the methodologies in interpreting such convergence and its relation to the global political sphere. 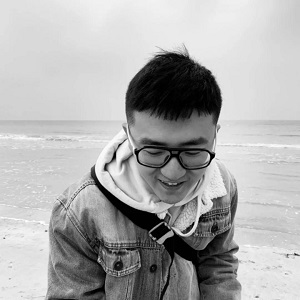 Zhang Ligeng writes, researches and curates contemporary art. With a law degree, he also worked as a law consultant for many large exhibitions and institutions.